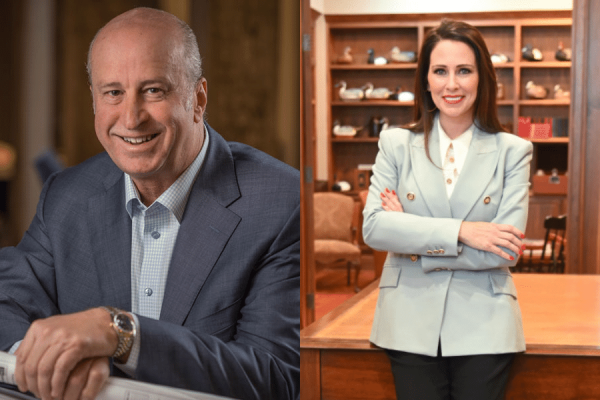 David Gallo, president and CEO of Gallo Mechanical, a New Orleans-based mechanical construction firm, will receive the 2021 University of New Orleans Homer L. Hitt Distinguished Alumni Award. Additionally, Lacey Merrick Conway, president and CEO of Latter & Blum, has been named the 2021 Norma Jane Sabiston Distinguished Young Alumna of the Year. Both will be celebrated at a gala at the National WWII Museum on November 4, 2021.

“David truly embodies the spirit of the Distinguished Alumni Award,” said UNO President John Nicklow. “He generously and humbly gives of his time, abilities and resources to improve our university, city and state. David is an inspiration to Privateers everywhere, and I cannot think of a more deserving person for this honor.”

Gallo earned a bachelor’s degree in business management from UNO in 1981. He is the president and CEO of Gallo Mechanical, a family-owned mechanical construction business started in New Orleans in 1945. Under his leadership, Gallo Mechanical has become one of the largest mechanical construction companies in the Southeast, with offices in New Orleans, Baton Rouge, Lafayette, Pensacola, Charlotte and Raleigh.

Gallo is chairman of the UNO Research and Technology Foundation Board and a member of the UNO Fundraising Campaign Cabinet. He serves on the board of directors of New Orleans & Company and the executive committee of the Business Council of New Orleans and the River Region. He is also chairman of the board of directors of the Boys & Girls Clubs of Metro Louisiana and Brother Martin High School.

Lacey Merrick Conway earned a Master of Business Administration from UNO in 2004.   She is president and CEO of Latter & Blum, a family-owned and operated real estate company, founded in 1916, with more than 3,700 real estate agents and 36 offices spanning Louisiana, Mississippi and Texas. Prior to ascending to CEO in 2020, she served as executive vice president with more than 15 years of experience in residential real estate sales and broker management.

She serves on the board of directors and executive committee of Latter & Blum, The Realty Alliance, United Way of Southeast Louisiana and GNO, Inc.

“Throughout her career, Lacey has demonstrated the determination, pride and ambition that we hope all Privateers exhibit,” Nicklow said. “As the Young Alumna Award winner, Lacey has much more she will accomplish in her lifetime, but she has already made an impact on our campus community and our city.”

Beginning this year, the Young Alumni of the Year Award has been named in honor of Norma Jane Sabiston, a renowned political strategist and 1979 political science graduate of UNO, who died in December 2020. Not only was Sabiston a force in local, statewide and national politics for more than three decades, she served as president of the UNO Alumni Association and was an active supporter of her alma mater. She was honored as the Distinguished Alumna of the College of Liberal Arts in 2001.

The 2021 Homer L. Hitt Distinguished Alumni Gala will be held on November 4, 2021 from 7-10 p.m. at the National WWII Museum: Boeing Freedom Pavilion. The 2020 Distinguished Alumnus of the Year, Timothy Adams, and 2020 Young Alumna of the Year, Sheba Turk, will be also honored at the 2021 gala since last year’s event was held virtually. Proceeds from the event will help support a newly established endowed scholarship in Norma Jane Sabiston’s name. For ticket and sponsorship information, click here.