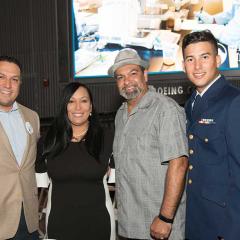 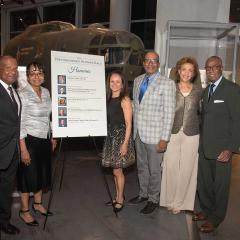 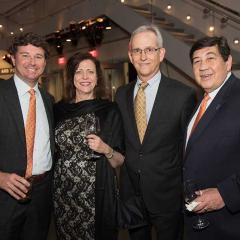 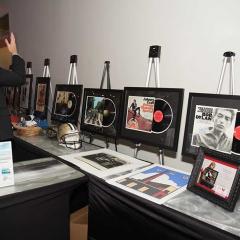 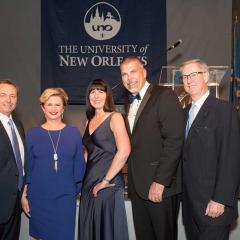 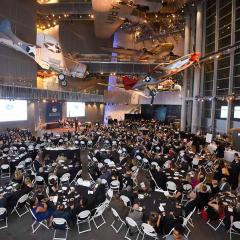 We will celebrate in person with reduced capacity and advanced safety measures in place. In addition, we will live stream the event for those who can't attend in person, and we will offer home dining experiences and special recognition for virtual attendees. 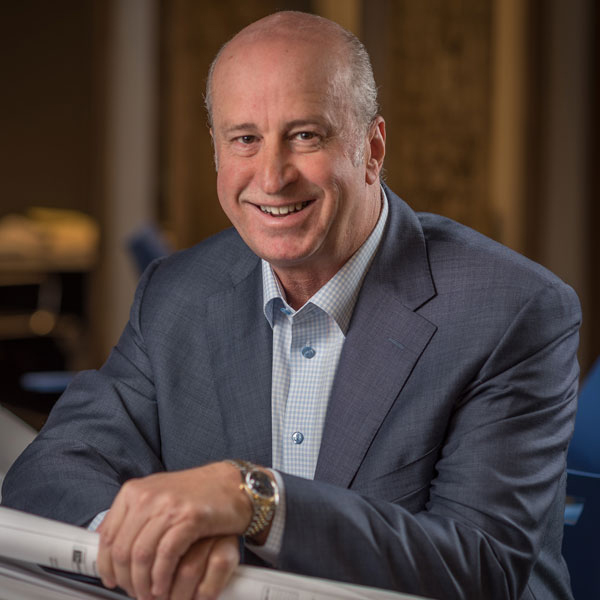 David is the CEO of Gallo Mechanical, L.L.C., a family-owned mechanical construction business started in New Orleans in 1945. Under David’s leadership and direction, Gallo Mechanical has grown to become one of the largest mechanical construction companies in the Southeastern United States with offices in New Orleans, Baton Rouge, Lafayette, Pensacola, Florida, and Charlotte and Raleigh, North Carolina.
David is actively involved in supporting the UNO and greater New Orleans communities.  He is a Board Member of the UNO Research and Technology Foundation and was recently elected Board Chairman. He is also a member of the UNO Campaign Committee.  In addition, David currently serves on the Board of Directors of New Orleans and Company and the Executive Committee of the Business Council of New Orleans, and he is Chairman of the Board of Directors of the Boys & Girls Clubs of Metro Louisiana, Inc. and Brother Martin High School.
David is the immediate past Chairman of the Board of the Fore!Kids Foundation, a local non-profit organization that produces the Zurich Classic, a PGA Tour Event, and contributes the proceeds to local children’s charities. David is also an Emeritus Member of the Board of Directors of Magnolia Community Services, a local non-profit that offers support and services to adults with developmental disabilities.
David graduated from Brother Martin High School in 1977, where he was honored as the 2010 Brother Martin Alumnus of the Year.  David graduated from UNO in 1981 with a degree in Business Management. While at UNO, David met his wife, Jeanne Pregeant Gallo (UNO 1981), and was a member of Tau Kappa Epsilon fraternity.
David and Jeanne have been married for 39 years and have a daughter, Victoria G. Davies, and two sons, August and David, Jr., and four grandchildren. 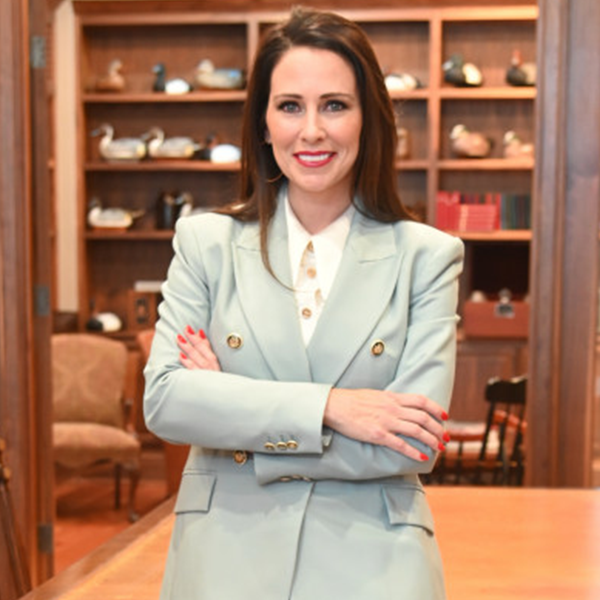 A New Orleans native, Lacey Merrick Conway is the President and Chief Executive Officer of Latter & Blum. Founded in 1916, Latter & Blum is a family-owned and operated real estate company with over 3,700 real estate agents and 36 offices spanning across Louisiana, Southern Mississippi and Texas.

For decades, Latter & Blum has built a trusted family-centric brand that has contributed to its long-lasting success. In January of 2020, Conway was appointed as CEO of Latter & Blum, succeeding her father Bob Merrick, who had served in this position since 1986. Before being appointed as CEO, Conway served as the Executive Vice President of Latter & Blum and had been with the company for over 15 years active in residential real estate sales and broker management.

As the CEO of the leading real estate company in the Gulf South, ranked the 19th in the country, Conway oversees all company operations, strategic planning and general management of the firm. Conway’s expertise and knowledge will continue to build upon Latter & Blum’s prevailing history of excellence in the future of real estate today, tomorrow and for generations to come.

Conway holds a Master of Business Administration degree from the University of New Orleans, a Bachelor of Science degree from Boston University and a Certified Commercial Investment Member designation.

In her spare time, Conway is an avid equestrian and enjoys spending her time with her husband and two children. Active in the community, Conway also serves on the Board of Directors and Executive Committee of Latter & Blum, The Realty Alliance, United Way Southeast Louisiana, and Greater New Orleans, Inc.

The UNO Alumni Association is proud to announce the naming of our Distinguished Young Alumna/us of the Year Award in honor of UNO alumna Norma Jane Sabiston, ‘79, who passed away in December 2020.

Sabiston, a force in local, state, and national politics for more than 30 years, truly made the most of her UNO Political Science degree. She was a political strategist, mentor, and consultant, managing the campaigns of many Democrats, including Mary Landrieu’s U.S. Senate races. She later served as Landrieu’s devoted chief of staff. She also worked with many nonprofit, government, and business clients as a strategist and lobbyist.

Sabiston remained dedicated to UNO throughout her life. She served as president of the UNO Alumni Association and was an active member of numerous UNO advisory boards, fundraising and planning committees. Norma Jane was honored as Distinguished Alumna of the College of Liberal Arts in 2001.

The naming of the Norma Jane Sabiston Distinguished Young Alumna/us of the Year Award will be officially announced at the Homer L. Hitt Distinguished Alumni Gala on November 4, 2021 at the National WWII Museum. Proceeds from the event will be applied to a newly established endowed scholarship in her name.

Your company or individual sponsorship helps us fund alumni programming throughout the year and contributes to our student scholarship fund, providing access to education for students who would otherwise be unable to attend UNO. 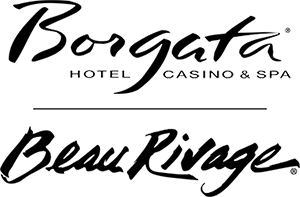 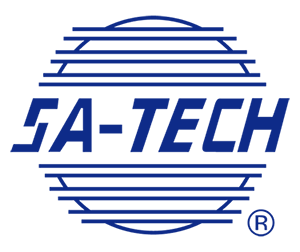 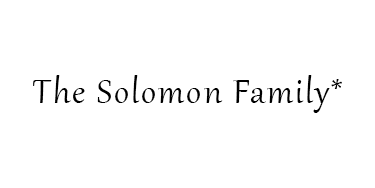 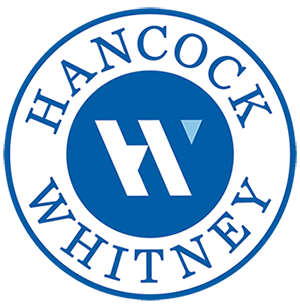 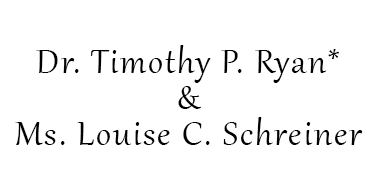 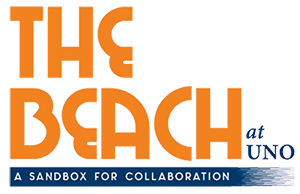 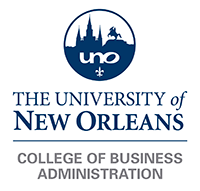 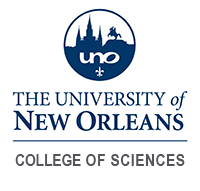 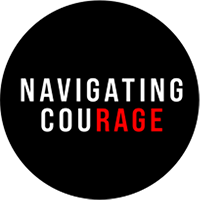 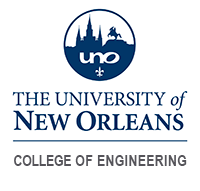