FREEDOM ON THE MOVE 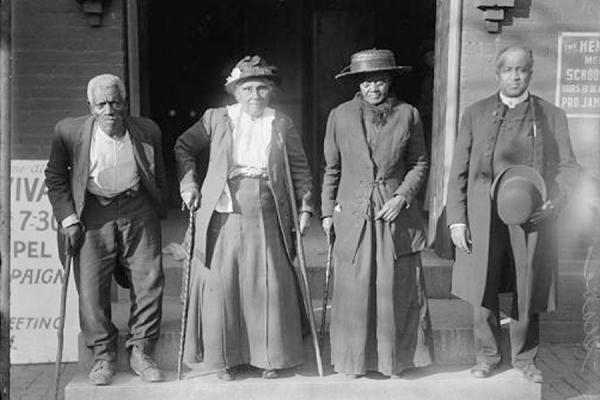 Freedom on the Move, an online database that seeks to document the lives of fugitives from North American slavery using newspaper ads placed by enslavers, has received a $150,000 grant from The Andrew W. Mellon Foundation to expand on that work.

University of New Orleans history professor Mary Niall Mitchell is a lead historian for the online project that is devoted to creating the searchable database.

“The goal, with the help of this generous funding, is to allow students and researchers to piece together more detailed narratives about enslaved people whose stories have heretofore been fragmented and scattered across the archive,” said Mitchell, co-director of Midlo Center for New Orleans Studies at UNO.

The Mellon Foundation grant will enable researchers to connect separate historical sources, such as census information, into a main database they call “Freedom’s Loom,” which could offer a deeper look into the lives of those who were enslaved, said Mitchell.

“Our team is very excited about receiving support from the Mellon Foundation to develop this new tool,” Mitchell said. “With Freedom's Loom, we can build pathways to connect the stories of individual enslaved people who ran away to other historical sources, such as the census, pension files, or legal records.”

Freedom on the Move, housed at Cornell University, is the largest digital collection of newspaper advertisements for people escaping from North American slavery advertisements, and is led by a team of historians from Cornell, Ohio State University, University of Alabama, University of Kentucky, and the University of New Orleans.  They work in concert with programmers at the Cornell Institute for Social and Economic Research (CISER).

Edward Baptist, a Cornell history professor and one of FOTM’s developers, said the Mellon Foundation grant will help further the public’s knowledge and understanding of “a complicated and difficult” period in U.S. history.

“The support will enable us to start working on weaving source collections together in a ‘database of databases’ format that we call ‘Freedom’s Loom,’” Baptist said. “We hope that the tools we begin building will help scholars and college students to find stories that have been long hidden, or hidden to some, but which have always been historically significant.”

Since its inception in 2014, FOTM has sought to bring stories of resistance against slavery to the public through hands-on engagement. The database includes ads from the time of the first newspapers in the 13 colonies until the fall of Richmond, Virginia, in April 1865, which brought about the end of the Civil War.

The database, which has 27,000 archival ads available, allows users to interact with the ads through crowdsourced transcription. The database is anticipated to have more than 100,000 ads by the time it is complete.

"UNO students working with me conducting research in local sources will help us build this innovative tool,” Mitchell said. “Especially in today's context, the work our students do for FOTM underscores the historical and political significance of documenting the lives—and sharing the stories—of Africans and African Americans who suffered and resisted slavery in the U.S."