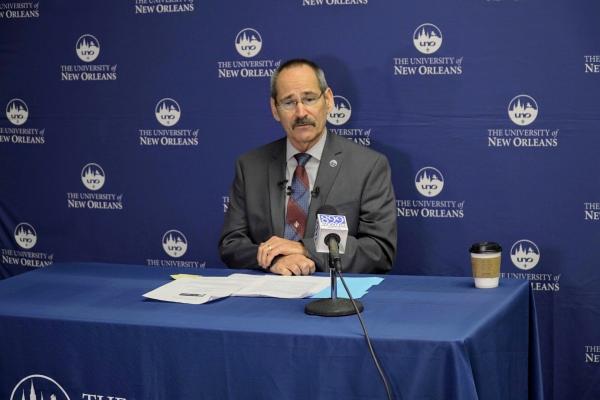 The UNO Survey Research Center Quality of Life Survey, conducted under the direction of Ed Chervenak, has gauged voter perceptions in Orleans and Jefferson for more than three decades.

Over the last eight years, New Orleans voters have been more satisfied with life in the city than in previous years, according to the 2018 Quality of Life Survey conducted by the University of New Orleans Survey Research Center. The survey, also known as the UNO Poll, found that while Orleans Parish residents consider crime to be the biggest problem facing the parish, they are much less likely to report that than they did two years ago.

The survey of 500 Orleans Parish voters and 500 Jefferson Parish voters took place from October 17 to November 5, 2018. There is a margin of error of plus-or-minus 4.4 percent. The UNO Poll is conducted under the direction of Ed Chervenak.

The UNO Survey Research Center began its Quality of Life series in 1986. Since then, the quality of life and government services in Jefferson and Orleans parishes has been assessed approximately every other year. The current 2018 survey is the 19th in the series. These surveys are designed to provide an ongoing picture of how voters view local government services and the general quality of life. They highlight the problems that are of greatest concern to the voters, as well as areas of satisfaction in their parish.

The 32-year time series can be used to assess the effects of events, programs and policies. The series can also inform the public and officials about specific areas of perceived deterioration or improvement. The results of the Quality of Life surveys represent the perceptions and opinions of the registered voters of the two parishes. The results are not objective measures of the quality of life or the quality of government services. To review the complete 2018 Quality of Life Survey, click here.

This is the 100th survey published by the Survey Research Center during its history.