The University of New Orleans celebrated honorees during a black-tie event on Saturday, Jan. 21, at the NOPSI Hotel in New Orleans.

The University of New Orleans honored a select group of individuals who have had a profound impact on the University and the city of New Orleans at the second Hall of Distinction gala. The black-tie event, held Saturday at the elegant NOPSI Hotel, celebrated the honorees and UNO’s role in creating leaders throughout the region.

“Tonight’s honorees represent different professions, different areas of expertise and even different eras,” said UNO President John Nicklow. “But every single one of them is a difference-maker whose commitment, dedication and selflessness helped create a better city and a better UNO. Inclusion in the Hall of Distinction reflects the respect and admiration held by the University of New Orleans for these individuals, both living and deceased. They serve as an inspiration to both our current and future students.”

Bollinger is the chairman and CEO of Bollinger Enterprises LLC and former chairman and CEO of Bollinger Shipyards Inc., a family-owned marine construction and ship repair company. Bollinger Shipyards is the largest vessel repair company in the Gulf of Mexico. UNO’s Boysie Bollinger School of Naval Architecture and Marine Engineering, one of the few such schools in the nation, is named in his honor. He said the growth of his own business coincided with UNO’s ascent.

“Those graduates from UNO were a tremendous contributor to our success,” Bollinger said. “So I think it’s more important what UNO has done for me than what I have done for UNO.”

Bridges is a civil rights icon, activist, author and speaker. In 1960, at the age of six, she was the first Black student to integrate all-White William Frantz Elementary School, thereby initiating the desegregation of public education in New Orleans. She was not able to attend the gala in person, so a video of her acceptance speech was broadcast in the ballroom.

“For me, what really makes this particular honor even more special is what this university and I have in common—history,” Bridges said. “Our shared history. You see, the University of New Orleans was the first to open its doors back in 1958 as an integrated public university right here in the South. Now that, my friends, is something worth celebrating. I am extremely proud to be included in such honorable company.”

Cassimere, an emeritus history professor, is one of the most important faculty members in the 65-year history of the University. He was the first Black instructor hired at the University, and he taught at UNO for more than 35 years. He earned both his bachelor’s and master’s degrees from UNO. He was also a key figure in the New Orleans civil rights movement, serving as the president of the New Orleans NAACP Youth Council. As a student, he enrolled at the University in the fall of 1959, the second year of the institution’s existence.

“Tonight, I stand as the ultimate vindication of the hopes and dreams of UNO’s first Black students,” Cassimere said.

Marsalis was a UNO professor of music and a founding faculty member of jazz studies at the University. In 1990, he established Jazz at the Sandbar, a tradition of pairing UNO jazz students with professional musicians on the bandstand that has endured for more than 30 years. The acclaimed jazz artist and educator was the patriarch of New Orleans’ most famous musical family. His award was accepted by his son Jason Marsalis.

“I’d like to thank the University of New Orleans for this award and for acknowledging his years of work teaching at the school, and the difference that he made for the students,” Marsalis said.

Sabiston, who earned a degree in political science from UNO, worked in politics for more than 30 years, as a strategist and consultant, as well as a political director and chief of staff for members of Congress. She was a former president of the UNO Alumni Association. Her award was accepted by her sister Dottie Belletto.

“UNO is her heart and soul,” Belletto said. “And it was all about this university and what she could do to give back because of the incredible education that she had received, which took her to Washington, D.C.”

Dr. Robert Savoie is the president and chief science and engineering officer of Sev1Tech, a leading provider of IT modernization, cybersecurity, cloud services and engineering. He earned a doctorate from UNO in engineering and applied science. UNO’s Dr. Robert A. Savoie College of Engineering is named in his honor. An active civic leader, Lori Savoie is the chair of the WYES Board of Trustees, a member of the City Park Improvement Association and a member of the board of the New Orleans Museum of Art.

“One of the things that Bobby and I always felt about UNO is that it’s so vital to the city,” Lori Savoie said. “Not just how many employees they have, but the students that graduate and go into the workforce in this city. It’s just vital.” 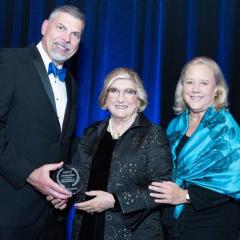 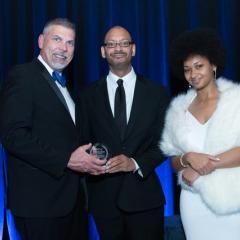 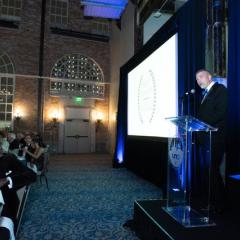 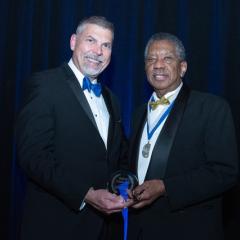 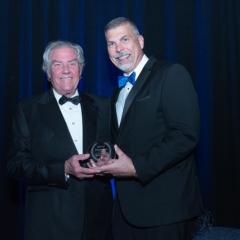 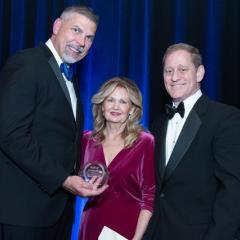 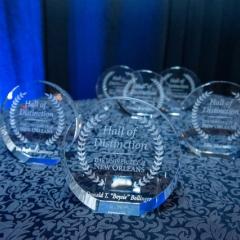 Exhibiting Resistance: Freedom on the Move at Whitney Plantation Museum

University of New Orleans history professor Mary Niall Mitchell, who is director of the   Read more