University of New Orleans fine art students are painting murals on campus and raising awareness to the impact that climate change has on the local bird population.

University of New Orleans fine art students are transforming utility doors on campus into colorful murals as part of ongoing efforts to raise awareness about the threat climate change has on local bird population.

The students are taking inspiration from the Audubon Mural Project and using the National Audubon Society’s report “Survival by Degrees” to select the species to highlight.

Kathy Rodriguez, assistant professor of fine arts at UNO, has incorporated the mural creation as a service learning course for her Painting III class.

The public-art initiative celebrates birds while drawing attention to the risk climate change poses to both birds and people, mural organizers said. UNO is the first university in the country to participate in the Audubon Mural Project, said Carol Lunn, assistant vice president for research and economic development. Lunn is spearheading the projects, which are a part of the Keep UNO Beautiful initiative.

The first mural, completed during the spring semester, is on a pair of utility doors on the Administrative Annex building. It features the Pine Warbler.

The second mural project is currently underway at the Fine Arts Building where four doors facing the woodlot are getting a makeover by seven of Rodriguez’ students.

The murals—one is a Seaside Sparrow and the other features a Swallow-Tailed Kite—are expected to be completed by the end of the fall semester. 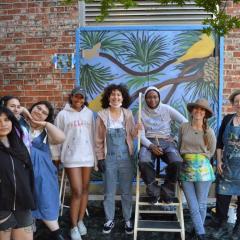 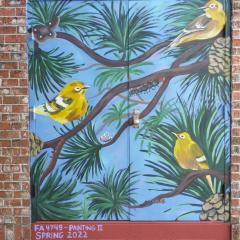 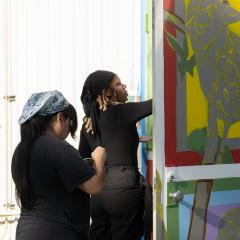 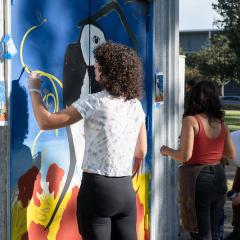 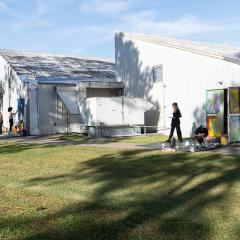 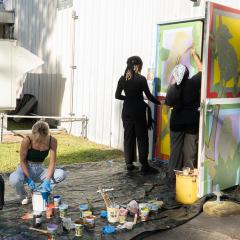 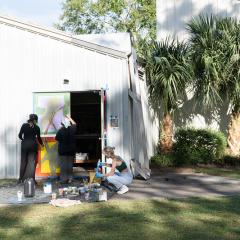 Pleasure fills University of New Orleans alumna Chloé Duplessis’ voice as she talks about her life and work with colloquialisms like “Oh, snap!” or  Read more