The Kali and Sushila Mukherjee Trading Lab Opens at UNO

University of New Orleans President John Nicklow (left) and finance professor Tarun Mukherjee (right) cut the ribbon during a ceremony Wednesday for the opening of the Kali and Sushila Mukherjee Trading Lab that honors his parents.

University of New Orleans officials celebrated the opening of the Kali and Sushila Mukherjee Trading Lab on Wednesday with a ribbon cutting and reception. The lab, located in Kirschman Hall that is home to the College of Business Administration, is designed to give students real-world experience in portfolio management.

The lab is named in honor of the parents of UNO finance professor Tarun Mukherjee who donated $50,000 for the creation of a student-managed investment fund that also bears their names, as well as $50,000 for the lab.

“Dr. Mukherjee’s commitment to UNO does not end with his duties as an educator and researcher,” President John Nicklow said. “Through his continued generosity and as a complement to this fund, generations of UNO students will benefit from hands-on learning experiences in this very laboratory.”

Mukherjee has been a UNO faculty member for more than 40 years and his primary expertise is in corporate finance. His parents instilled in him the value of a good education and made sacrifices that allowed him to gain a broader wealth of knowledge, Mukherjee said.

“As a finance professor, I’m always looking for a return on investment,” Mukherjee said, which drew laughter from the crowd gathered in the atrium of Kirschman Hall. “The return on this investment that I have done is not measurable by percentages so I cannot even fathom it or explain it, because I get to honor my parents, who are the best parents in the world.”

Kali and Sushila Mukherjee, who are now deceased, instilled the importance of hard work and the value of education in their 10 children, Mukherjee said.

His father was a government worker and his mother, who was raised by an older brother after the death of her parents when she was just 4-years-old, overcame the cultural bias that prevented her from getting a formal education by teaching herself.

“I can credit both of my parents for where we are,” he said. “We have doctors and engineers and all those things … They both said that education was not for getting a job, it’s for knowledge that makes you a full person.”

The lab has a plaque and photograph on the wall at the entrance to memorialize Mukherjee’s parents and his generosity.

“We’re very excited about the latest addition to Kirschman Hall and that our current and future students will have the opportunity to utilize this state-of-the-art lab as it is integrated into our finance curriculum,” said Pamela Kennett-Hensel, dean of the College of Business Administration.

The University offers a three-hour course called Student Managed Investment Fund for undergraduate senior finance majors and students in the finance master’s degree program in which they manage money in the student fund. The student fund is a restricted asset of the UNO Foundation and all funds are held in a brokerage account, according to Anthony Gregorio, president of the UNO Foundation.

Kenneth Bui, a senior finance major, said he took the fund management course last semester and jokingly lamented that he should have waited.

“Seeing it now, I wish I would have taken it this semester instead of last semester. It would have made it a lot more immersive, I think,” said Bui who attended the ribbon cutting.  “At least I know that future students will get this sort of experience.”

Editor’s note: This story has been updated to reflect that, in addition to making a donation to create the student-managed investment fund, UNO finance professor Tarun Mukherjee also donated $50,000 for the trading lab. 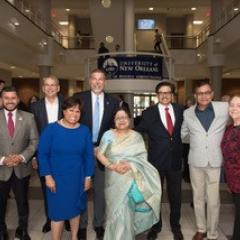 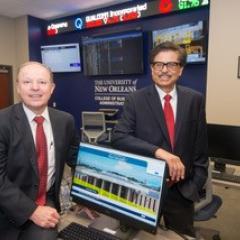 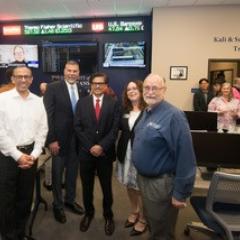 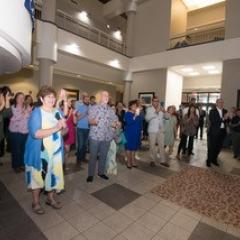 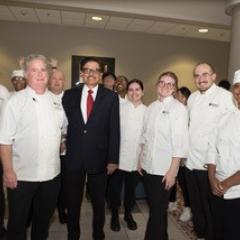 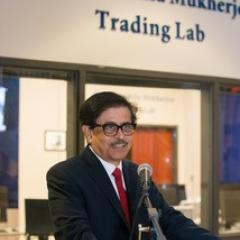 $15 Million New Energy Center of the U.S. Coming to The Beach at UNO

As part of the $50 million grant from the U.S.  Read more