University of New Orleans alumnus Kentrell Martin humorously refers to himself as an “accidental author.”

The 6’4” former guard/forward for the Privateers, who earned a business degree from UNO, has created a children’s book series that incorporates American Sign Language as a way to help bridge the gap between the deaf and hearing world.

Martin, whose older brother is deaf, grew up using sign language to communicate with his brother and his brother’s friends. He now travels to schools presenting information based on his books and recently received a $10,000 business grant from Beyoncé’s BeyGood Foundation.

“I have so many plans with what I’m doing that I kind of feel that it’s my purpose just from the feedback from the students,” Martin said. “I get thousands of letters from the schools that I’ve visited.”

His goal, Martin said, is to create a product that has longevity and continues to impactful.

“When you think of companies and names like Disney, Scholastic, Dr. Seuss, I want you to think of Shelly's Adventures,” Martin states on his website. “A new age company that found a way to introduce millions to a language and culture in a fun and educational way."

Martin’s initial plan was to create an animated cartoon, he said. He got the animation idea in 2006 while watching cartoons with his young niece, Michelle, and started doing research. He even wrote some scripts. His wife convinced him to use the material to create a book instead, Martin said.

“I guess I would be an accidental author,” Martin said with a laugh. “I never planned to be an author or anything like that.”

In 2007, he published his first book, “Shelly’s Outdoor Adventure,” which takes its name from Martin’s publishing company, Shelly’s Adventures. Later came “Shelly Goes to the Zoo,” which earned literary awards in Florida, including being named a finalist for picture book of the year.

“I started going to conferences and publishing events to learn the industry,” Martin said. “Then I ended up starting an official series in 2013.”

The book’s main character is 9-year-old Shelly whose father is deaf. Her goal is to teach her friends and everyone around her American Sign Language, Martin said.

“Shelly is just like any other little girl, it’s just that her father is deaf,” Martin said. “Many times kids are curious, like how do they communicate if they can’t hear? She’s showing her friends this language.”

“Most sign language books are just words. There’s a word and then there’s someone signing the word,” Martin said. “I wanted to create something that is still a story, still adventurous, but you can learn in sign language in the meantime.”

For example, “Shelly Goes to the Bank” incorporates financial literacy and teaches kids how to write a check, Martin said. In “Shelly Va a Una Fiesta,” readers follow along as Shelly attends a party for a friend.

“Shelly teaches signs for different family members and, in turn, Shelly’s friend teaches them the Spanish word for each member,” Martin said. “In every (book) I try to emphasize teaching something. Each book has a different learning aspect to it besides the sign language.”

Martin has expanded his book audience with in-person presentations. He’s a frequently requested visitor at schools, particularly at the elementary level, where he’s able to expound more in-depth about American Sign Language.

“While I’m in schools I get to break it down a bit more for the kids … that American Sign Language is just a different language and it’s no different than having a parent who speaks a different language that a majority of your classmates may not be able to speak,” Martin said. “So, just letting the kids know and explaining that the only difference between deaf and hearing people is really the communications barrier and that neither part is different.”

In 2015, Martin left his job as a loan officer to dedicate his attention full-time on his publishing company and creating school presentations. Martin estimates that he presents at nearly 150 schools annually.

Martin is currently working on a live-action stage production based on the books.

“Before COVID, I had about 20 schools committed to bringing their whole school for a fieldtrip for the event, and that was like within two weeks of promoting it,” Martin said. “It just fell in place.”

He hopes to start touring in the spring. New Orleans is one of the title locations for Martin’s series and will be on the tour schedule, he said.

Martin said he has many fond memories of his time at UNO, particularly the lasting friendships he made, favorite foods consumed—catfish, beans and rice—and adjusting to the heat!

“I had a great time at UNO,” Martin said. “It was perfect for me. I could walk to where I needed to walk.”

Although he grew up in Gainesville, Florida, Martin said his introduction to the sweltering New Orleans temperatures is a story he shares frequently.

It was his first week at UNO and he was staying in Bienville Hall. One day, after making multiple treks to classes and the University Center, the heat really hit him.

“I just had to stop under a tree it was so hot!” Martin said laughing. “I was like ‘This can’t be real!’ It was just sooo hot.”

Martin played basketball under then-head coach Monte Towe from 2001 to 2004 and coached for a year under Towe.
Martin said he visits New Orleans at least twice a year and makes it a point to drive around campus.

“I always bring my sons on campus,” Martin said. “They are probably tired of driving through campus, but I like it.”

Catch Up With Friends, Relive Favorite Moments With The Fall 2021 Issue of Silver & Blue

The fall 2021 issue of Silver &amp; Blue is headed to your mailbox and is available around campus.  Read more 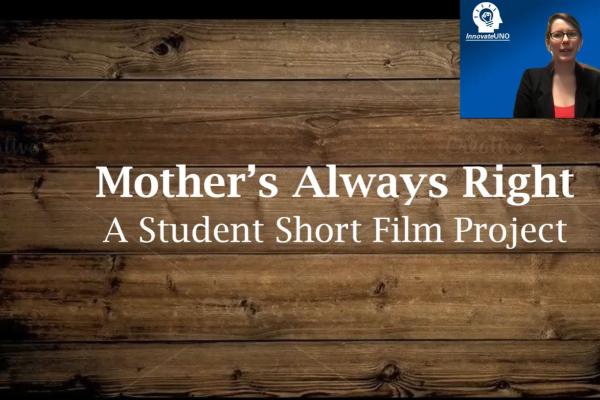