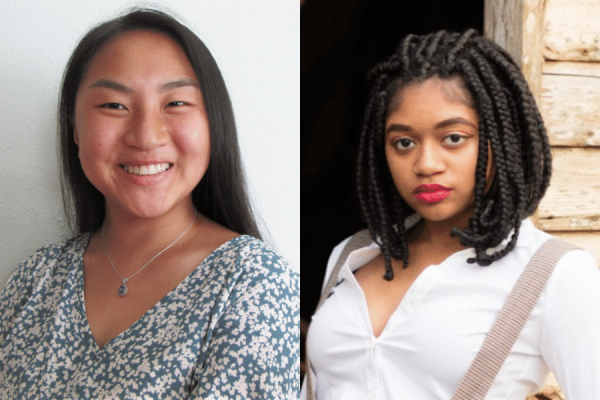 University of New Orleans students Lisa Gilmore-Montero (left) and Courtney Harris have been awarded a Women in Computer Science scholarship for 2021.

Two University of New Orleans students have been selected to receive a Women in Computer Science Scholarship, which was created by alumna Sabrina Farmer, a vice president at Google.

The award covers in-state tuition for the academic year and comes with a mentorship from Farmer who established the scholarship a year after she graduated from UNO in 1995 with a computer science degree.

“This scholarship was created to encourage women to stick with this career because while there are challenges, the rewards are tremendous,” said Farmer, now the vice president of site reliability for many of Google’s billion-customer products including Gmail, Search, Google Maps, Android and Chrome.

This year’s scholarship recipients are Courtney Harris and Lisa Gilmore-Montero.

Harris is a junior who has received numerous awards within the College of Sciences. She spent the summer working on a research project at the University of Central Florida funded by the National Science Foundation. A passionate photographer, Harris is looking for ways to bring her art into the tech space and is looking forward to Farmer’s guidance on the topic.

Gilmore-Montero is a senior majoring in computer science with a minor in digital media. Also a creative, she is looking forward to attending the Grace Hopper Celebration, the largest conference celebrating women in tech.

Gilmore-Montero would like to use the conference’s career fair, as well as the advice of Farmer, to help her secure a job in the visually creative side of technology once she graduates.

For a few hours on Nov.  Read more

Catch Up With Friends, Relive Favorite Moments With The Fall 2021 Issue of Silver & Blue

The fall 2021 issue of Silver &amp; Blue is headed to your mailbox and is available around campus.  Read more