The University of New Orleans Theatre’s fall production of “Single Black Female” earned a Citizen Artists Award at the 2021 Kennedy Center American College Theater Festival held virtually on May 22.  The national festival is sponsored by The John F. Kennedy Center for the Performing Arts.

The Kennedy Center Citizen Artist Award recognizes programs in higher education using theatrical production to promote long-term societal impact through an artistic lens, to encourage empathetic exploration of the complex cultural and physical world and to advocate for justice on campus and throughout the world.

Based on the two-woman play by Lisa B. Thompson, “Single Black Female” explores the lives of  two 30-something African American middle-class women “as they search for love, clothes and dignity in a world that fails to recognize them among a parade of stereotypical images.”

MFA student Richon May directed the play, which starred fellow graduate students Alexandria Miles as a university English literature professor who commiserates with an attorney played by Danielle James.

“Both shows in the fall were big winners,” film and theatre professor David Hoover said. 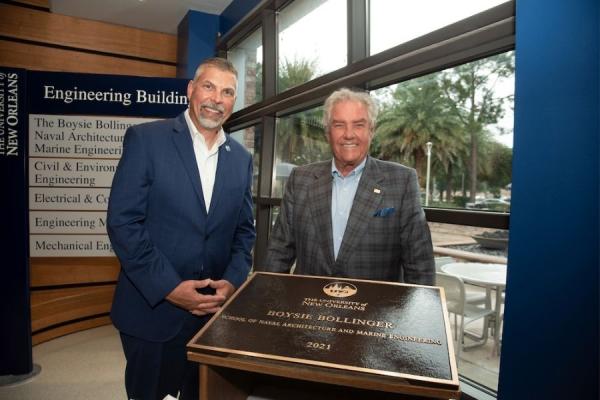 Fallon Samuels Aidoo, a professor of historic preservation in the University of New Orleans’ department of  Read more

University of New Orleans students Jaiya Bass and Roy Perez have been awarded a $6,000 Hosch Scholarship for the 2021-22 academic year.  Read more