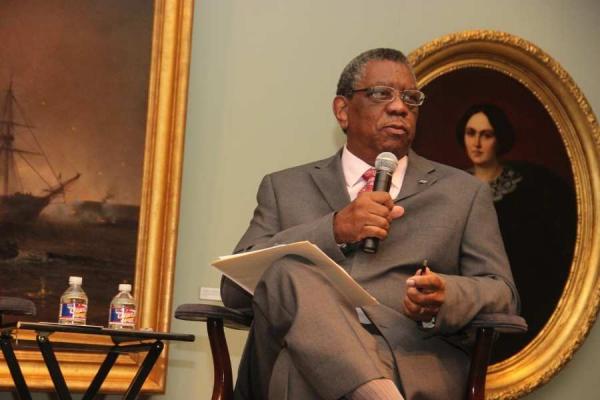 Raphael Cassimere Jr., a trailblazing academic and civil rights leader, will serve as the principal speaker at the University of New Orleans’ spring 2021 commencement ceremonies. Cassimere, an emeritus professor of history, taught at UNO for nearly four decades and helped lead boycotts as president of the New Orleans NAACP Youth Council during the civil rights movement. The University will also award him an honorary doctoral degree.

“Dr. Raphael Cassimere is quite simply one of the most influential people in the history of our institution,” said President John Nicklow. “During his remarkable life, he has positively affected so many, both inside and outside of the classroom, through his teaching, scholarship, mentorship and activism. Our city and our world are more enriched and equitable because of him, and I am thrilled that he will share his wisdom with our graduates.”

UNO will hold four separate in-person commencement ceremonies in the Lakefront Arena to comply with city and state capacity limits instituted due to COVID-19. Graduates from the class of 2020 were also invited to participate. The ceremonies, which will be livestreamed for graduates and their family members who cannot attend, are as follows:

In 1969, Cassimere was the first Black instructor hired by what was then known as Louisiana State University in New Orleans. During his career, he taught courses on African American culture, early American history, Louisiana history and U.S. constitutional history. He is an author, book reviewer and researcher and sought-after speaker and subject matter expert.