UNO professor Brent Rose, (back row, second from left in blue jacket) is a member of the band, New Orleans Nightcrawlers.

It is the band’s first Grammy.

Rose, who plays saxophone, has been a UNO faculty member since 2002. He is the program coordinator for the music department and teaches courses on music theory, jazz history and saxophone.

Rose is a staple on the New Orleans music scene and is a widely sought-after performer and studio musician. In addition to playing with the New Orleans Nightcrawlers and Otra, Rose's professional career has included stints with Quintology, Galactic, Nicholas Payton, the Temptations, Flavor Kings, Adonis Rose, New World Funk Ensemble and Joe Krown.

After a season of virtual performances, the University of New Orleans theatre department has taken its spring show to the great outdoors—literally.  Read more 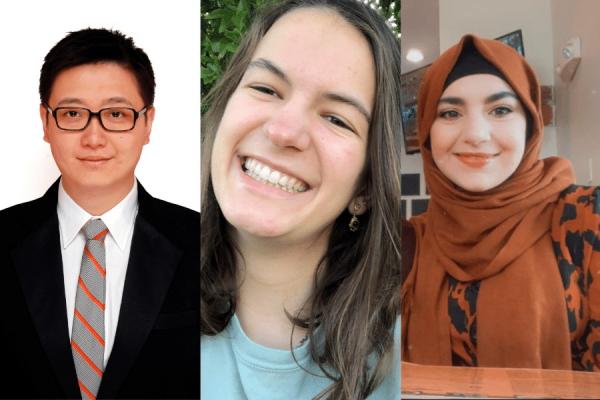 Three University of New Orleans College of Business Administration students are among eight recipients of the 2020-2021 Julie A.  Read more