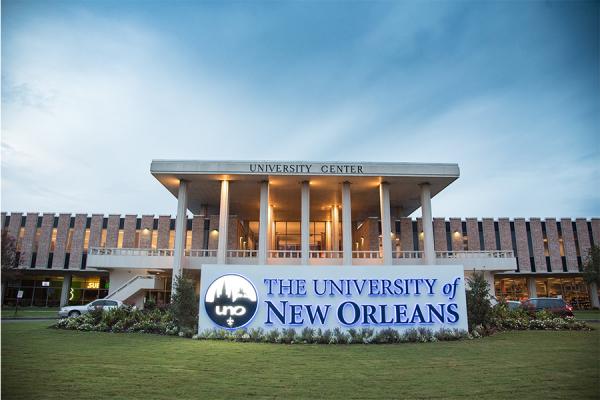 The four recipients of the University of New Orleans’ annual awards are leaders who continually strive for excellence and innovative ways to get their jobs done, according to colleagues who nominated them for recognition.

President John Nicklow announced the 2020 award winners during his fall state of the university address, which was delivered virtually because of the COVID-19 pandemic.

The recipients of the four awards are:

The Mackin Medallion was established to honor the third chancellor of the University of New Orleans and was first presented in 1998. It is awarded to a faculty or staff member who has made outstanding contributions in support of the University’s mission.

Among the many accomplishments in her nearly 40-year career at UNO, Ioup has created 23 new courses for undergraduate and graduate students, has directed thesis for 29 doctoral and master’s students and has authored more than 100 publications, including a book and six book chapters, Leszek Malkinski, physics professor and department chairman, wrote in his nominating letter.

“Professor Juliette Ioup is not only an exceptionally dedicated educator but also a nationally and internationally recognized researcher in the field of acoustics and signal processing,” Malkinski said. “Professor Ioup attracted a significant amount of funding for UNO students and researchers. She was principal or co-principal investigator on grants received by UNO totaling over $12 million dollars.”

The medallion is named for Mueller, who spent 33 years at UNO as a professor, dean, vice chancellor, the founding president of the UNO Research & Technology Park and co-founder of The National WW II Museum. It is awarded to an individual who has provided significant leadership toward the internationalization of the University.

Ziegler, who arrived at UNO as an exchange student from Austria and earned her master's degree at UNO before earning her Ph.D. in Graz, Austria, has worked at the University for more than 20 years. Under her decade of leadership, Ziegler has help to broaden the academic scope and reputation of UNO’s flagship study abroad program, Alea Cot, assistant provost for International Education, wrote in her nominating letter.

“Irene has a strong work ethic, and she is devoted to international exchange and global causes like climate change,” Cot said. “She is unfailingly organized and polite … I know that keeping the flame alive would not be possible without having passed the Innsbruck ‘torch’ from Nick Mueller over the years to so many key people, to where it now rests with Irene Ziegler.”

It is awarded to the staff member who has demonstrated outstanding service to the University community.

Weiser has worked at UNO for more than 20 years and his professionalism talent and dedication are unmatched, Learning Resource Center director Shannon Williamson wrote in her nominating letter.

“One of Paul’s gifts is that he can so easily translate between the technical and functional sides,” Williamson said. “He is comfortable speaking with end users, listening to their needs, wrapping his brain around the work of academic and student affairs and bringing the technology to life to make the workflow of hundreds of employees more efficient.”

Margaret “Peggy” Gaffney, assistant dean, College of Business Administration, awarded the 2020 President’s Award for the Advancement in Diversity and Inclusion.

The award is designed to honor those who have has a measurable impact in improving UNO’s profile as an institution that fosters racial equity and a campus environment of inclusivity for all people.

“A review of her resume is replete with instances of Peggy’s service regarding diversity and inclusion. For example, she led and coordinated articulation agreements with local community colleges … She did the same agreements with foreign universities: this augmented the richness of new student diversity to additional cultures, ethnicities and nationalities,” Payne said.

“As part of her service as liaison between the College of Business and the college’s student organizations, she facilitated conflict resolution. This type of leadership is critically important in today’s world wherein different people from diverse backgrounds must be able to work together to achieve common goals.” 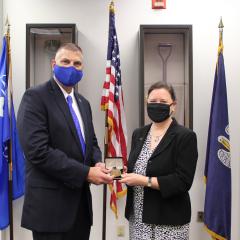 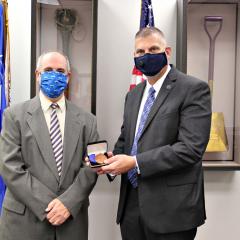