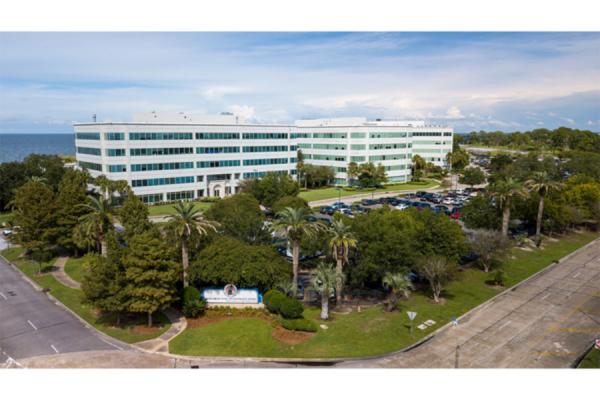 The UNO Research and Technology Foundation announces the appointment of four new members to its board of directors for 2021.

The UNO Research and Technology Foundation announces the appointment of four new members of its Board of Directors, as well as the slate of officers and board members for 2021.

Joining the Board of Directors are Ayame Dinkler, Kelisha Garrett, Norma Grace and Todd James.

“All four of our newest members exemplify the spirit of community and will bring talent and expertise in a variety of key areas,” newly elected chairman David Gallo said. “We have ambitious goals for 2021 that will include re-branding, the launch of a website, and new investments in the UNO Research and Technology Park. They will make perfect additions to an already strong board.”

Ayame Dinkler is the chief administrative officer for LCMC Health, a non-profit health system on a mission to provide the best possible care for every person in Louisiana and beyond. As CAO, she leads government affairs, has operational oversight over one of the system’s facilities and manages the organization’s innovation portfolio. She joined LCMC Health in 2015 after spending more than a decade in public service.

Dinkler previously served in a chief of staff capacity at the U.S. Department of Health and Human Services in Washington, DC, and also served in various leadership roles at the City of New Orleans and on Capitol Hill.

National healthcare publication, Becker’s Hospital Review, recognized Dinkler as one of its Rising Stars for 2018. In 2019, New Orleans CityBusiness honored her with a Healthcare Hero award. She serves on the boards of Youth Force NOLA, the New Orleans Building Corporation, Greater New Orleans Inc. NextGen Council, the Independent Women’s Organization, and is active with several community organizations focused on women’s issues and youth development.

Kelisha Garrett is the principal consultant at Gen-X Consulting Group, a firm focused in business development, strategic sourcing, and vendor compliance management; the executive director of the New Orleans Regional Black Chamber of Commerce which covers a 10-parish region in southern Louisiana and the chief operating officer and vice-president of the Louisiana Chamber of Commerce Foundation. In addition, she is a licensed Realtor in the state of Louisiana. During the lifecycle of her prior careers, she has worked in pharmaceutical research for Drug Research Services, financial advisory as a stock broker at Merrill Lynch, a legal nurse consultant, public relations/special projects manager for councilmember Kristin Palmer and DBE regulatory compliance and community relations manager for Harrah's New Orleans Casino & Hotel (Caesars Entertainment).

Norma Grace retired from the University of New Orleans as vice chancellor for Technology and Economic Development in 2008. While at UNO, she was a leader in the university’s efforts in real estate acquisition and technology partnerships, including the development of the University of New Orleans
Research and Technology Park (awarded the Association of University Research Parks Excellence Award for Science/Research Parks, 2003). Grace coordinated the development of the university’s technology/industry/university partnerships, including efforts in technology transfer, job creation, business incubation and acceleration, and economic development.

Grace has served on many boards and commissions in the region. She serves on the following boards:
Bureau of Government Research (vice chair); Women United of United Way (past chair); United Way; Alliance Francaise (past president); Higgin Hotel (secretary) for the National World War II Museum; and Crimestoppers. She served on New Orleans Federal Alliance, (past chair); Women’s Professional Council (past president); and Parkway Partners (past chair). She served for six years as a board member of the Association of University Research Parks (president in 2005). She served for eight years on the Board of Liquidation of the City of New Orleans and the Sewerage and Water Board.

Todd James, director of Strategic Planning Broadmoor, LLC is a New Orleans native, with over 18 years of experience in the building industry, delivering more than $850 million in construction projects across the Gulf Coast Region. In his current role, James is responsible for supporting and furthering Broadmoor’s mission of honorably serving the community. His experiences in development, design and construction provides a unique offering to further the construction legacy of Broadmoor, LLC.

James has continued to invest in the growth and sustainability of the region through his continued involvement with Greater New Orleans Inc., where he has served as the chairman of the NextGen Council. He continues to serve as the vice chairman for the City of New Orleans Board of Zoning & Adjustments and previously served as finance chair for New Orleans Public Belt Railroad.

The full slate of board members for 2021:

A major asset of the Foundation is the 30-acre Research and Technology Park located adjacent to the UNO campus on Lake Pontchartrain.