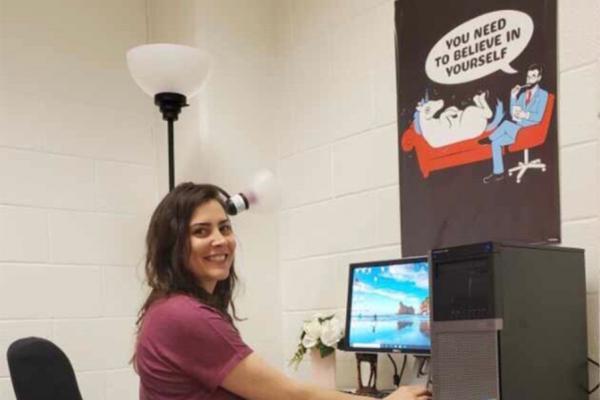 University of New Orleans chemistry student Katherine Humpal has been awarded a graduate research fellowship from the Arctic Domain Awareness Center. The center, housed at the University of Alaska Anchorage, is part of the U.S. Department of Homeland Security.

The fellowship will support Humpal’s tuition and stipend for the next three years as she works with the lead principal investigator Patrick Tomco, an assistant professor of chemistry at the University of Alaska Anchorage. The two will work on a project titled, “Photo-Enhanced Toxicity of Dispersed and Burned Crude Oil to Arctic Mussels.”

The project explores the increase in toxicity associated with the presence of sunlight and the potential impact it has on bay mussels, which are an integral component of coastal ecosystems and an important food source for both wildlife and humans.

Photo-enhanced toxicity of oil and dispersed oil has been identified in many studies over the past 20 years to various marine species, according to Tomco’s project summary. However, there is a lack of knowledge on the toxicity of burned oil to Arctic/Subarctic species, such as bay mussels.

“For me, this fellowship (is) an exciting opportunity to expand my knowledge about Arctic science which has always been an area I have wanted to work,” Humpal said.