Alumna Sabrina Farmer, Google VP: ‘I want (UNO) to be there for others’ 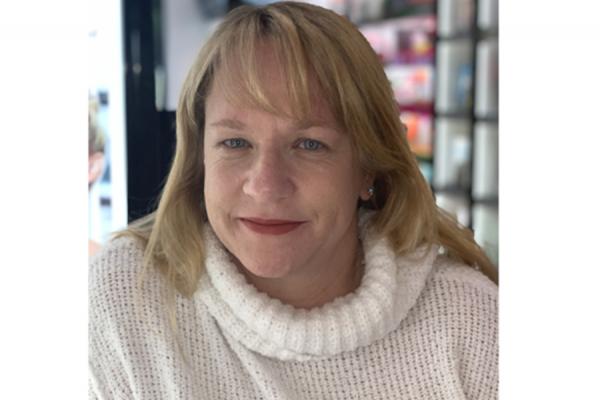 Alumna Sabrina Farmer is a vice president at Google.

Sabrina Farmer never planned or even dreamed of attending college, until happenstance brought her to the lakefront campus of the University of New Orleans.

Her sole aim when she accompanied a friend, who was registering for class, was to hang out, she recalled laughing.

“I was so awestruck at all of these young people, there was an energy that was on campus,” Farmer said. “It just felt like all of these people were working towards something and I wanted that for myself.”

“I walked away that day thinking ‘How do I get into UNO?’”

It was not a rhetorical question. Farmer, now a vice president at Google (yes, the tech giant), said she really had no idea about the college admission process.

She jokes that her high school classmates probably would have voted her least likely to attend college.

“I hadn’t done anything. No college prep, none of that stuff,” said Farmer who earned a bachelor’s degree in computer science in 1995. “I actually picked up a catalog from the bookstore that day.”

Farmer spent the next year taking entrance exams, applying to UNO, considering a major and thinking about how she would pay for a college education.

She applied for financial aid and held a job while attending college.

“I had to take night classes, go in the summer,” Farmer said. “It was a good college experience for me; it made higher education accessible.”

Growing up in Marrero, Louisiana, Farmer assumed after graduating high school that she would become a secretary. Her mother had raised four girls on her salary as a legal secretary, Farmer said.

Success, as initially imagined by Farmer, was being able to afford her own apartment. Later, as she neared college graduation, she added a number to the equation: make double her mother’s salary.

First, she needed to navigate the unfamiliar landscape of higher education and her chosen major: computer science.

She didn’t grow up with computers in her home, Farmer said. She recalls fiddling around with a castoff computer that her mother had brought home and being able to create a program that made a little man walk across the screen.

However, she had enjoyed her computer classes in high school.

Her early college years were difficult and, at times, she thought of giving up, Farmer said. Often, she was the only woman in her class and she felt isolated and overwhelmed.

“The first day of class I was like, I’m really in over my head,” Farmer said. “They said the word ‘algorithm’ and that to me was like another language at the time.”

Despite self-doubt, Farmer pressed on by encouraging herself to give it just “one more day.”

“Don’t quit because of fear,” Farmer said. “What I’ve learned, 100% what you feel is your boundary, really isn’t, push through … learn from it and you are stronger.”

Farmer earned a bachelor’s degree in computer science in 1995 and moved to California.

Just a year out of college, she set up a scholarship for women in computer science at the University of New Orleans after starting her first job in Silicon Valley.

The salary for that job was the career-high goal she’d set for herself at the time of graduation, Farmer said. She was being offered that salary a year removed from college.

“I cried when that happened,” she said. “That is when I created this scholarship … I was like I’ve got to give back because something magical just happened for me.”

“I regularly reflect on that girl who went into the University Center that day with no real aspirations and I want UNO to do that for others,” Farmer said. “I want other people to have that opportunity and I thank UNO.

“I am forever grateful for them and I want it to be there for others.”

A decade after graduating from UNO with her computer science degree, Farmer started at Google in 2005. She is now the vice president of site reliability for many of Google’s billion-customer products including Gmail, Search, Google Maps, Android and Chrome.

“I really like solving problems and that’s my job every day. Like, I never log in and there’s not a problem on my desk,” Farmer said. “If you study computer science there’s a lot of people who go into it for problem solving, and that’s what my job is all day long. I like a challenge.”

Farmer supervises a global team of 750 employees whose jobs include making sure the popular search engine returns answers to questions literally at a click of a button.

“That is what my team’s job is—to make sure that happens for you,” Farmer said. “If we are not diligent, you would have a very different experience that day and that’s exactly what my team does.”

It is her team’s responsibility to keep the site running. It is a challenge Farmer doesn’t take lightly.

“This is true for a lot of people who work at Google; you really understand the responsibility that you have and literally, I make decisions that affect billions of people, and you get this very strong sense of responsibility to take care of those people,” Farmer said.

“You affect their lives, you affect information that they get, and I really enjoy when we solve problems that affect those people’s lives.”

Take Google Maps for instance. Sure, it’s a great tool that can help navigate drivers from Point A to Point B. However, Farmer’s team created maps using National Oceanic and Atmospheric Administration data that allowed people to track the wildfires in California and get alerts about possible safety hazards.

“We had all of these satellite imageries and we could show you where the smoke was blowing and how it was flowing,” Farmer said. “It’s just amazing technology.”

“They don’t even know what I do, but they are incredibly proud,” Farmer said with a laugh. “Everyone is amazed.”

Reflecting on how her journey began and where it has taken her elicits a laugh and an exclamation of wonder even from Farmer.

“I’m just this girl from the West Bank,” Farmer said.