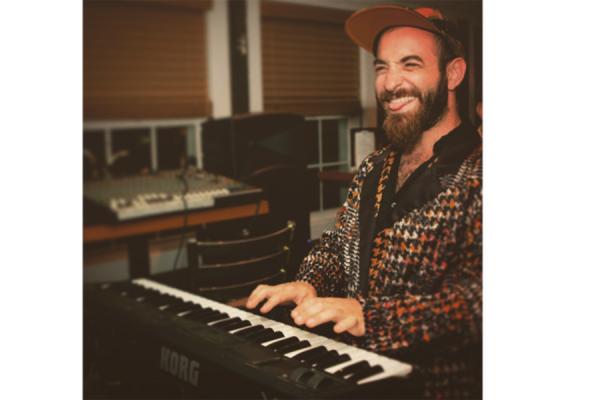 The University of New Orleans music faculty has selected Jake Gold for the 2020 ASCAP Louis Armstrong Foundation Jazz Composition Award. Gold will be recognized during an online Foundation Honors event on Dec. 8 hosted by the American Society of Composers, Authors and Publishers Foundation.

The annual award, which carries a $3,000 scholarship, is presented to a UNO graduate student in jazz studies who demonstrates excellence in composition, and is supported by the Louis Armstrong Educational Foundation.

The foundation, founded and funded by jazz musician Louis Armstrong in 1969, was reportedly his way of giving back to the world some of the goodness he received throughout his lifetime.

Gold, a pianist and composer, said he enrolled in UNO’s music program with a goal of developing a deeper understanding of jazz music.

“It feels really uplifting and humbling to have my compositional work recognized, particularly by the incredible jazz studies faculty here at UNO, and by such relevant groups as the ASCAP Association, and by the Louis Armstrong Foundation,” Gold said.

“Plus, the monetary aid that this scholarship provides has allowed me to finish my studies at UNO while at the same time finishing my album, which has been in the works for almost two years and features many of my musical compatriots from New Orleans and the Northeast, and has been a real labor of love, time, and money.”

Gold plans to graduate next spring and release an album of original music around the same time.

“The music for which was partially written and recorded during my studies here at UNO,” Gold said.

Gold, originally from Queens, New York, has called New Orleans home since 2012. His musical life, he said, began at age 5 with a classical piano education, and by age 13, he had started writing and performing with his first rock band.

As an undergraduate student at Wesleyan University, he studied ethnomusicology, performance, and composition while writing and arranging an original musical theater production for a small orchestra.

Over the next decade, Gold wrote for and performed with countless jazz, funk and reggae bands in Boston and Vermont, leading original projects Jupitang, SunDyL and Gold Standard, which were largely influenced by jazz, film soundtracks, pop and ambient music.

Gold has recorded on over 40 releases, several of which have featured his compositions and production. His songs have been featured in a number of short films and radio pieces.

Since moving to New Orleans Gold has become a regular fixture in the local music scene, performing regularly on Frenchmen Street and at the city's festivals with numerous bands in a wide variety of genres.