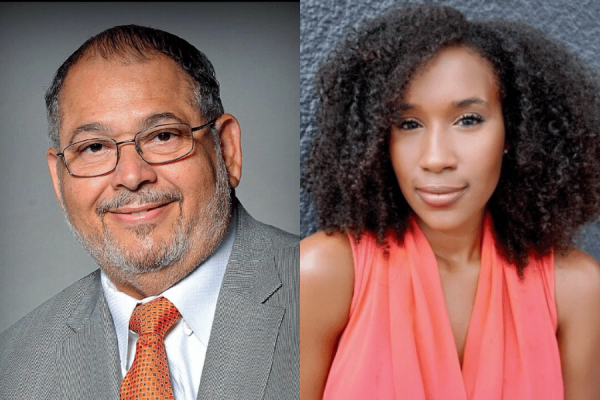 Timothy Adams, a business executive and the mayor of Bowie, Maryland, will receive the 2020 University of New Orleans Homer L. Hitt Distinguished Alumni Award, the UNO Alumni Association announced. Additionally, WWL-TV news anchor Sheba Turk has been named the 2020 Homer Hitt Young Alumna of the Year. Both will be celebrated on Nov. 12, 2020, as part of the University’s homecoming festivities.

“Alumni from the University of New Orleans don’t just achieve individual success in their professional lives—they help uplift others around them,” said President John Nicklow. “Tim and Sheba are amazing examples of generosity and selflessness. They use the platforms they have created for themselves to improve their communities. Both are so deserving of this recognition.”

In November 2019, Adams took office as Bowie, Maryland’s first black mayor. He is president and CEO of Systems Application & Technologies, Inc. (SA-TECH), a company he founded in 1989. SA-TECH is a professional services firm with origins in the high technology and technical support areas of the defense industry. The Maryland-based firm employs more than 500 people in 20 locations.

In addition to advocating for the interests of small business, Adams is involved in issues affecting people with disabilities. His volunteer and philanthropic activities also focus on the armed forces and college success for minority students. He is a major supporter of MoMENtum, UNO’s Black male retention initiative. Adams holds a Master of Business Administration from the University of New Orleans.

Turk, who earned a bachelor’s degree in English from UNO, is a co-anchor of WWL-TV’s Eyewitness Morning News. She is the author of the book “Off Air: My Journey to the Anchor Desk.” The inspirational story lets readers in on how she worked her way from behind-the-scenes to the anchor desk in the span of about two years, pushing through financial challenges and self-doubt.

Turk is a former scholar with Soledad O’Brien’s PowHerful Foundation, and she serves as a mentor in the organization. She is passionate about helping other people, especially young women, reach their potential.