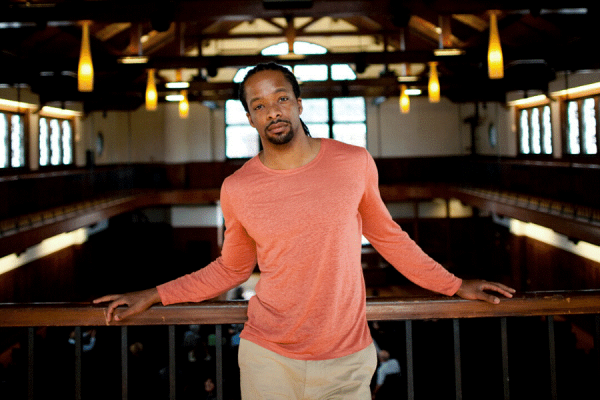 UNO alumnus Jericho Brown has been awarded a 2020 Pulitzer Prize.

Poet Jericho Brown, who holds an MFA in creative writing from the University of New Orleans, has been awarded a Pulitzer Prize in poetry. Brown earned the prestigious honor for his most recent poetry collection, “The Tradition,” published in 2019 by Copper Canyon Press.

“I cried. I think I screamed,” Brown said laughing. “It’s funny, the screams were intermittent. Like I would scream; then I would make a sandwich and I would scream again.  Every once in a while just yelps. Intermittent hollers!”

The 2020 Pulitzer in Poetry is awarded for a distinguished volume of original verse by an American author and carries a $15,000 prize.

The Pulitzer Prize Board, which announced the award Monday, described Brown’s work as a “collection of masterful lyrics that combine delicacy with historical urgency in their loving evocation of bodies vulnerable to hostility and violence.”

On Wednesday, two days after the news, his “yelps” had subsided, Brown said. However, he was still attempting to process winning the award. The stay-at-home orders and social distancing because of the COVID-19 pandemic has limited his outside celebrations, Brown said.

“I think everyone would have found out very quickly … that I had won a Pulitzer Prize,” Brown said. “I’m from Louisiana. I know how to celebrate a big win!”

Brown, who is an associate professor and the director of the Creative Writing Program at Emory University in Atlanta, Ga., has authored three books. He graduated from UNO in 2002.

M.O. Walsh, director of UNO’s Creative Writing Workshop, has said that students bring their talent and vision to the program and he hopes the workshop provides the community and mentoring that helps them reach their goals.

On Monday when he got word of Brown’s Pulitzer award, Walsh grabbed his bicycle and his two young children and they rode to UNO’s campus. They stopped in front of the Liberal Arts Building, Walsh said.

“You see that building I work in? That one you’ve been in a hundred times? That’s a place where Pulitzer Prizes begin,” Walsh said he told them.

His children, ages 11 and 7, didn’t fully grasp the import of a Pulitzer Prize, Walsh said. The words were meant mainly for him, Walsh said.

“It’s inspiring. So many good writers go through that building,” Walsh said. “I just stared at it. It was a great moment”.

Exhibiting Resistance: Freedom on the Move at Whitney Plantation Museum

University of New Orleans history professor Mary Niall Mitchell, who is director of the   Read more