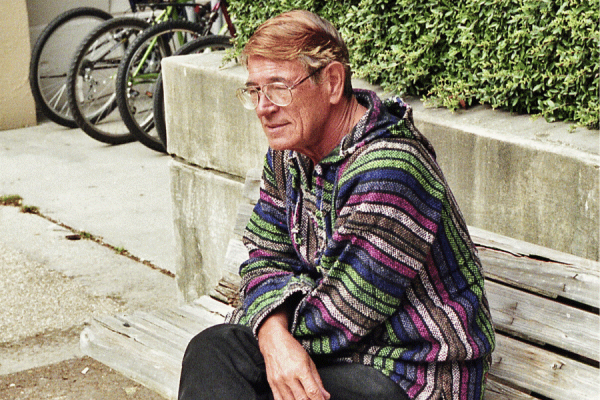 Historian Jerah Johnson, one of the University of New Orleans’s founding faculty members.

The estate of former University of New Orleans history professor Jerah Johnson has donated $240,000 to the UNO Foundation. The gift will be used to fund two endowed professorships in history, a department Johnson helped shape over his 44-year career at UNO.

History has been an integral part of the undergraduate and graduate curriculum since the University’s founding and Johnson was there at its beginning. He joined the faculty of what was then Louisiana State University at New Orleans (LSUNO) in 1959, a year after the University opened.

Johnson’s field was Renaissance Europe, but he also taught Louisiana history, world history, and the introductory graduate course in research and writing. Even after retirement, Johnson’s home in the Marigny was open to UNO students seeking research advice on some aspect of New Orleans history.

Because of his widespread interests, his extraordinary erudition, and his aesthetic appreciation of the arts, architecture and design, colleagues fittingly referred to Johnson as the department's “Renaissance Man.”

“We feel these two endowed professorships bearing his name will be a fitting tribute to such a unique man,” said Anthony Gregorio, executive director of the UNO Foundation.

Johnson served as department chairman from 1968 to 1980. In that role and as a faculty member, he contributed to numerous university committees, advised students and helped to build a vibrant history program. Additionally, he approved the study abroad program in Munich—the forerunner of the immensely successful UNO-Innsbruck International Summer School.

Johnson was born in south Georgia in 1931. His parents relocated the family to Venezuela and then to France during the late 1930s. He spent much of World War II in London and returned to Georgia to finish high school at the age of 16.

Johnson earned his undergraduate degree at Emory University and his doctorate at the University of North Carolina, Chapel Hill. He majored in history at UNC with minors in both linguistics and comparative literature.  In 1956-58 he spent time in France on a Fulbright Fellowship at the University of Paris. He later confessed that most of his time there was spent in cafes drinking coffee and cognac.

Taking a job at a new branch of LSU might have seemed an odd choice for some at the time.  Johnson recalled telling his grandmother "I’m going to risk it" when he accepted a UNO position. In fact, the decision came easily. Teaching posts were scarce in 1959, and his other offers were from Northwestern State in Natchitoches and a small Maryland college.

New Orleans seemed a far more enticing place to live, and Johnson embraced the city and its history.  He wrote pioneering articles on African American culture in Congo Square and the French influence in early New Orleans.

A UNO Driftwood article at the time of his retirement quoted Johnson’s opinion of his adopted city. “Why on earth live anywhere else, unless it is smack dab in the middle of lower Manhattan or the Left Bank of Paris, and both would require far too much money.”

UNO history professor emeritus Gerry Bodet was a longtime colleague of Johnson’s and recalled, “A department meeting where Jerah held forth was an event to be looked forward to. True, the mundane matters of policy were on the agenda, but inevitably these would morph into questions of philosophical truth, or the lack thereof, with a wry humor peppering the discussion.”