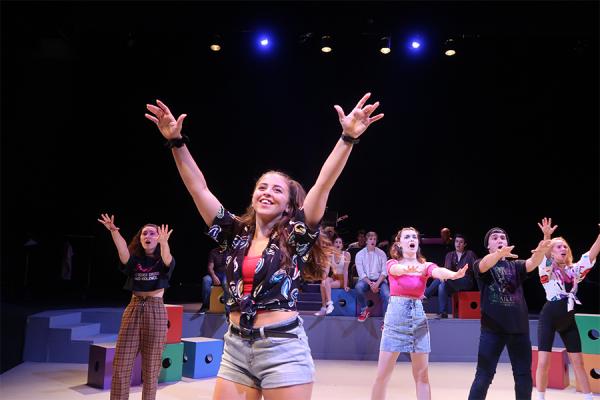 Raegan Rozas as “Niki” in the UNO theater production, "Dark Nights: the musical."

Raegan Rozas, a University of New Orleans film student, has been cast in the lead role of a new HBO Max drama series called “Vegas High,” according to Deadline Hollywood, an entertainment industry website.

Rozas plays the main character, “Laura,” a girl who’s caught between the fast-paced lifestyle of Las Vegas and her strong Mormon faith and community. The series, dubbed a coming-of-age story, is set in the 1990s.

In November, Rozas was the second lead in the UNO original musical titled “Dark Nights: the musical,” a 1990s coming-of-age production that was written and directed by theatre faculty member Kalo Gow.

Rozas played Niki, the rebellious younger sister of the lead character who was attempting to parent her following their mother’s death and father’s alcoholism.

Gow said it was a pleasure working with Rozas, who is a junior majoring in film and theatre with a film arts option.

“She possesses a vibrance that translates from stage to screen,” Gow said.