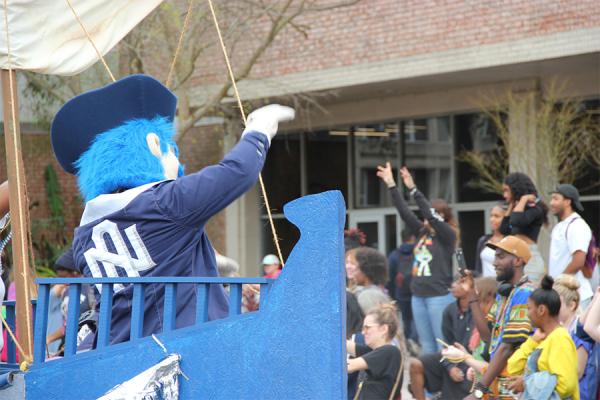 The Krewe of UNO rolled through campus on Tuesday celebrating its 2020 theme, “2 Infinity and Bey0nd!”

Not many college students can boast that their impending spring break is heralded by a campus parade, complete with marching bands, colorful floats and free food. Students at the University of New Orleans can.

The Krewe of UNO rolled through campus on Tuesday celebrating its 2020 theme, “2 Infinity and Bey0nd!,” with plenty of Mardi Gras sass, beads, MoonPies and other trinkets.

“Our goal has always been to host a parade that engaged the entire UNO community and this year, it really shows,” said Reagan Laiche, director of operations in the Office of Student Affairs who headed the committee that organized the parade. “We also have watch parties made up of students and staff which will heighten the excitement throughout the route.”

President John Nicklow and Stacy Nicklow led the processional of 20 organizations while tossing mementos from atop a privateer ship christened “The First Float, President and First Lady.”

Marching bands from Sophie B. Wright Charter School and Morris Jeff Community School provided the live beats as the parade, which started at 12:30 p.m. from The Cove, wound through campus to the University Center.

The University has partnered with Hynes Charter School to open a new K-8 school whose permanent facility will be constructed on UNO’s campus.

Along the route, parade-goers were treated to the antics of Capt. BrUNO, the Privateers’ beloved mascot, and Privateer-flavored throws that included balloon swords, silver and blue beads, and cups.

An added bonus for students this year were “snack packs,” an assortment of snacks that were handed out to parade-goers that were donated by UNO’s food service provider Chartwells and the UNO Lakefront Arena.

The parade culminated with a free king cake party at the University Center.

“It also is a compliment that we have many returning groups to the parade,” Laiche said. “I hope it shows that this is a fun and unique experience at UNO!”

UNO students are on spring break next week. 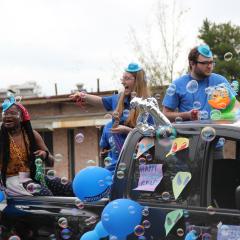 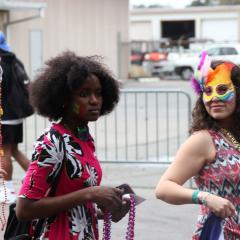 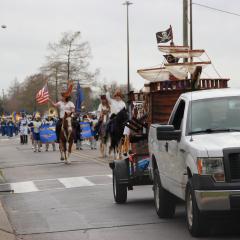 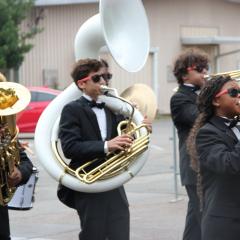 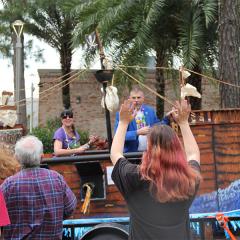 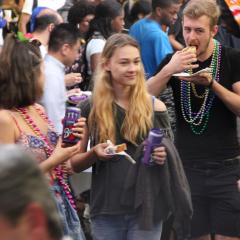 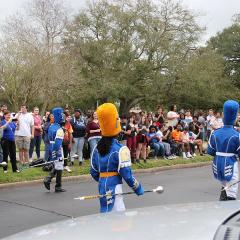 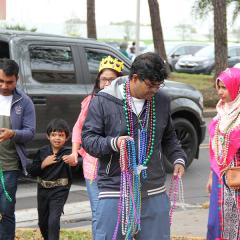 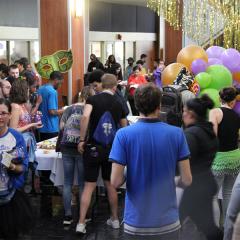