University of New Orleans graduate student Kathy Bradshaw takes a seat in the conference hall at the French Sénat in Paris.

University of New Orleans graduate student Kathy Bradshaw describes herself as an irrepressible “Francophile” who fell in love with France at age 12 during a family trip to Europe.

As a middle school student in Michigan, she went against the grain to study French as her foreign language elective, although a friend chided her selection “as dumb.”

However, Bradshaw had decided that no matter what it took, she was going to learn to speak French “like a French person.”

“I love almost everything about France—the food, the architecture, the history, the shopping and especially the language,” Bradshaw said. “The things I don't love about France are strikes, their bureaucracy and their lack of public bathrooms.”

She majored in French as an undergraduate at Kalamazoo College in Michigan, has lived in France several times over the years and has taken lessons at the Alliance Française of New Orleans.

“When I look back, the whole thing makes me laugh. I can’t believe I ever considered not learning French,” said Bradshaw. “French has become such a part of me and of who I am. That trip to France as a kid changed my life!”

Bradshaw, now fluent in French, spent last fall in Paris after being selected for a four-month internship through the French American Fund, a nonprofit organization that gives students an opportunity to study the country’s legislative process.

Bradshaw heard about the internship through UNO’s Division of International Education.

“They were looking for someone in a master’s program at UNO who was fluent in French and ideally had some experience in France,” Bradshaw said. “There were two of us who applied, and I was selected!”

Bradshaw, who returned to New Orleans in late December, worked in the office of French Sénateur Damien Regnard at the Sénat/Palais Bourbon; she also took a class at the renowned Paris university the Sorbonne.

The experience will be part of her master’s thesis, which is a comparison of French and American cultures, said Bradshaw, who is pursuing a master’s in English with a concentration in professional writing.

“It’s meant to be a look at the quirky things about each of our countries and to poke fun a bit on both sides,” she said.

Like the U.S. Congress, the French Parliament is composed of two chambers: the Senate and the National Assembly, or “Assemblée Nationale,” and Bradshaw was able to observe both chambers in session.

“The legislative process is not very different from that in the Sates,” she said. “But because I’ve never been inside the U.S. Senate or Congress, I might possibly know more now about the French system than I do about our own legislature.

“I’ve even gotten to watch them vote on a law,” she said

Bradshaw, who worked a flexible schedule around her university class, also helped to create a database of French mayors and researched countries for planned visits by the senator.

“And once, I got to join the senator for lunch. That, to me, was one of the most exciting opportunities to write home about—lunch with a senator! I’ve never had that experience before.”

Bradshaw lived in the south central part of Paris at La Foundation Des Etats-Unis located in the Cité Universitaire, an international campus of dormitory-style housing owned by a private foundation whose mission is to accommodate university students and researchers from around the globe.

She was assigned a room in the “American” house with a shared bathroom down the hall.

“I fixed up my room with lights and posters on the walls and giant maps of France,” Bradshaw said. “I even got two pet fish, named Normandy and Montpellier. Or, Norman and Monty for short.”

The campus was next to one of the city’s major train and tram lines, which made getting around easy, Bradshaw said. That is, until French public transportation workers went on strike in December 2019 to protest proposed government changes in retirement and pension plans.

The strike has resulted in transportation slow downs and shut downs, she said.

“It was hard to get around anywhere, both on public transportation in Paris and on trains going anywhere outside of Paris,” Bradshaw said. “The trains within Paris only ran at certain times—mostly during rush hours during the week and midday on weekends … Some people would walk for over an hour to get somewhere. Any form of public transportation was almost always packed to the gills.”

Bradshaw said she realized that France’s “right to strike” laws were different than in the U.S. where certain federal workers are more regulated and often prohibited from striking if it would create a national emergency.

“Whereas the French have a free and legal right to strike,” Bradshaw said. “And they readily and regularly take advantage of this right to an extreme, even to the point of incapacitating the country.”

Bradshaw’s free time was spent exploring and trying to soak in as much of the authentic nature of the country as possible.

“It’s much easier to stay within a group of friends, speak English, and basically bring America abroad with you,” Bradshaw said. “That’s understandable. But, at the same time, you’ll learn so much more if you force yourself to speak another language or try to meet the locals. Integrate.

“I’ve traveled alone all over France because I’d rather go alone than not go at all. And I still had an amazing time and saw incredible cities.”

Bradshaw said she “traveled like crazy” during her months in France and discovered new regions and cities while learning more about the country and its diverse culture.

“And probably most importantly, I’ve learned about the government of France and what makes the country tick,” she said.

Bradshaw uses pop culture to describe her excitement and appreciation for her French immersion.

“When you love a place as much as I love it here, it’s an honor to get this sort of insider’s perspective,” she said. “Kind of like the superfan-equivalent of getting invited to a party at Kim Kardashian’s house.” 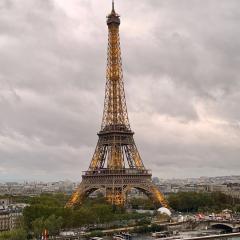 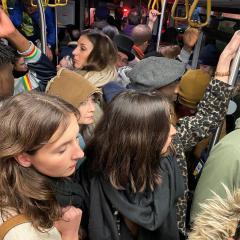 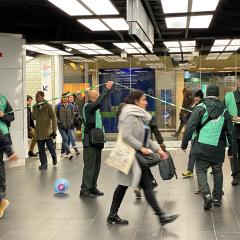 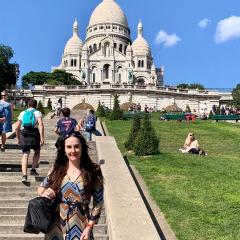 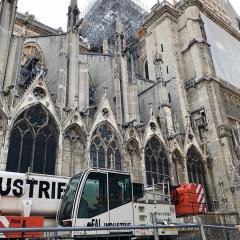 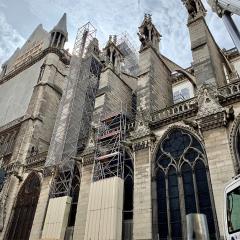 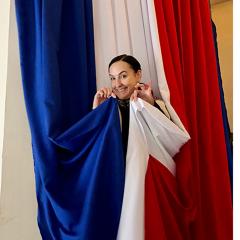 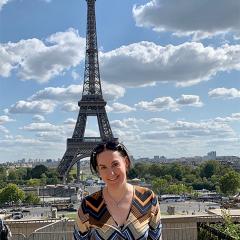 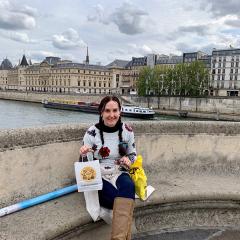 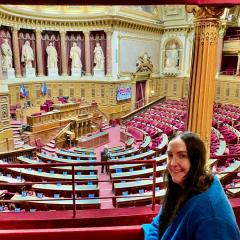 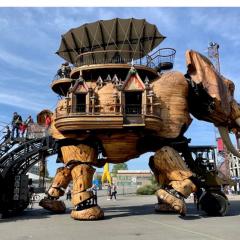