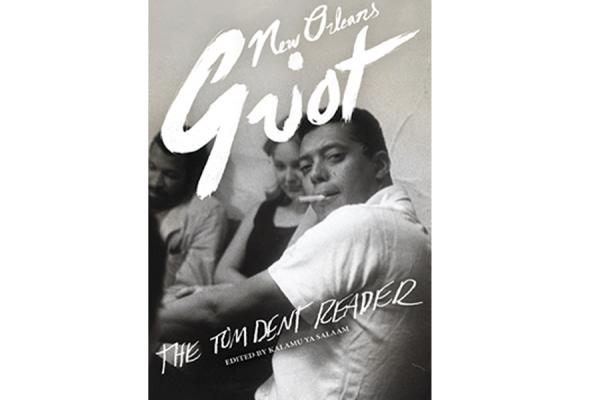 A University of New Orleans Press publication has been chosen as the 2020 book for a New Orleans-wide reading and literacy campaign.

The group develops a curriculum around the selected title and through its partner organizations, distributes free copies of the book and the curriculum to community groups in New Orleans.

The goal is to have the community share the experience of reading the same book at the same time while providing literacy resources to adults and youngsters, according to the group.

"We are so proud to be the One Book One New Orleans selection for 2020,” said Abram Shalom Himelstein, editor-in-chief of University of New Orleans Press. “It has been an honor to work with Kalamu ya Salaam and Amistad Center to reintroduce Tom to a new generation in the city he loved to call home.”

The book, published in 2018, is a collection of Dent's fiction, poetry, essays, interviews, and drama, including many previously unpublished works taken from his papers held at the Amistad Research Center at Tulane University in New Orleans.

It highlights the remarkable life and writing of Dent, from his early days in New York to working with the Free Southern Theatre in Mississippi to his astute observations of New Orleans and the black Mardi Gras Indians.

Dent, who died in 1998, was the Marcus Christian Lecturer in Afro-American Literature at the University of New Orleans from 1979-81. He also was a cultural activist who worked to help cultivate the Black Arts Movement and mentored numerous other artists and writers.

“I have learned so much about Tom,” Himelstein said. “I have come to agree with Kalamu ya Salaam in saying that Tom Dent is the greatest writer born in New Orleans.”

As part of the yearlong study of Dent’s writings, the organization sponsors a series of public events inspired by the book.

The first event is scheduled for Jan. 23 in the Earl K. Long Library, Room 407, at UNO. A kickoff keynote address by Salaam will follow the 5 p.m. reception.