The University of New Orleans celebrated homecoming during the week of Nov. 4, a move from its traditional springtime observation. In another new development, the Student Activities Council, which sponsors the homecoming court competition, shifted to a more gender inclusive format for the royal court.

Because the court included candidates from across the gender identity spectrum, students were encouraged to self-identify their royal titles if elected by UNO’s student body, said Kathy Jones, assistant director of the Office of Student Involvement and Leadership.

More than 1,200 student votes were cast, resulting in the naming of two queens: Amber Lemelle, a sophomore marketing major from Leonville, La., who was sponsored by UNO Orientation Leaders and junior political science major LaMaría Phillips of Baton Rouge, sponsored by the Progressive Black Student Union.

The homecoming court was recognized Nov. 5 during halftime of the Privateers men’s basketball season opener against Spring Hill College at UNO’s Lakefront Arena.

Other members of the homecoming court were: 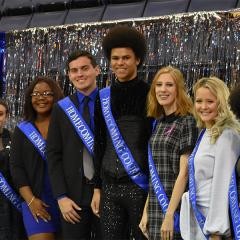 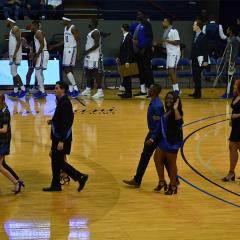 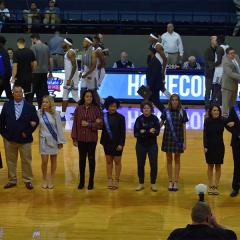 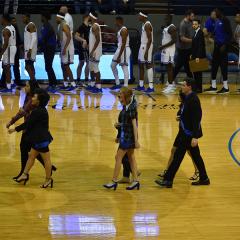 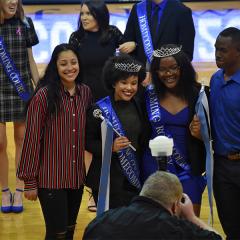 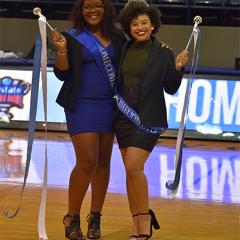