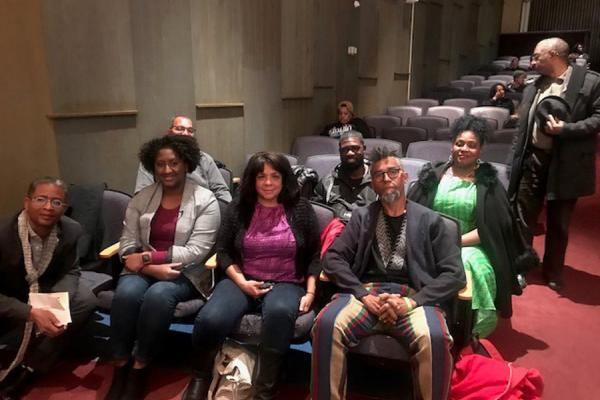 Artist Dread Scott (far right) discussed his re-enactment of the 1811 Slave Rebellion, which has drawn international media attention, during a Nov. 13 forum at the University of New Orleans.

Six years ago, New York based-artist Dread Scott was in search of a historical slave rebellion that he could re-enact for an art project. A colleague suggested the 1811 uprising in Louisiana that historians say was the largest rebellion of enslaved people in U.S. history.

The revolt against human bondage is estimated to have included some 500 people.

Scott, who considered himself an incisive student of U.S. history and was famous for his deep artistic dives into the country’s legacy of racism, was mystified. He’d never heard of the 1811 uprising that began in what is now LaPlace, La.

“I became interested as to why I didn’t know,” Scott said during a panel discussion at the University of New Orleans. “I found out that the news about it had been suppressed from day one. (Louisiana was) trying to become a state at that time … it doesn’t look very good on your statehood application if (there was a rebellion).”

“They were like, ‘There’s nothing to see here,’” Scott told the audience.

Historians, however, say it was a major event that left a resounding impact. Chief among them is that the rebellion help to dispel myths that the people held in bondage were neither “happy” about being enslaved, nor were they “grateful” to their enslavers.

Armed mainly with field tools, such as cane knives and machetes, and a few guns, the rebellion leaders had a goal of reaching New Orleans, overthrowing the government and ending slavery by establishing a new republic.

They marched toward New Orleans with chants of “freedom or death,” according to historian Leon A. Waters, editor of the book “On to New Orleans: Louisiana’s Heroic 1811 Slave Revolt,” which Scott used as a resource.

“The idea that enslaved people had agency … and were trying to oppose (slavery),” contributed to attempts to erase the event, Scott said. “These were the real heroes of that time.”

On Nov. 8 and 9, Scott produced the large scale, community-engaged art project with hundreds of re-enactors dressed in period costumes retracing the 26-mile path of the rebellion through St. John the Baptist Parish, St. Charles Parish and Kenner.

The re-enactment, which has drawn worldwide media attention, was the focus of a Nov. 13 forum, “(Re)presenting History: Reflections on the 1811 Slave Rebellion Reenactment & Its Afterlife,” that examined the impact of the uprising.

It was funded by a grant of the UNO Office of Research and co-sponsored by the Midlo Center for New Orleans Studies and the School of the Arts at UNO.

Lolis Eric Elie, a documentary filmmaker and a former columnist for The Times-Picayune, moderated the roundtable discussion, which was held on campus in the Performing Arts Center Recital Hall.

The forum also included discussions about a lingering shame some African Americans carry because of the enslavement of their ancestors and because some may not have been taught the full, unvarnished version of history.

His impression of slavery, growing up, was that the enslaved people were comfortable and accepting of their bondage, Bechet said.

“We weren’t taught that people resisted,” Bechet said, referring to his schooling as a youngster. “When I read my grandchildren’s history books, it’s amazing how far we have not come.”

Although the rebels were not successful in their attempt to reach New Orleans, Scott said the re-enactment was an opportunity to remind people about the importance of fighting for freedom.

He and others on the panel noted that the modern day route of the rebellion now includes a corridor of chemical plants located largely near African American neighborhoods.

The chemical emissions from those plants have long been a health concern raised by neighbors and environmental organizations. 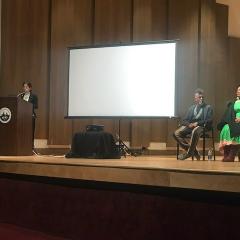 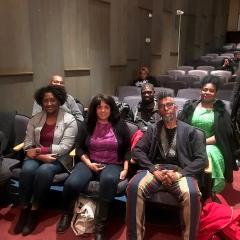 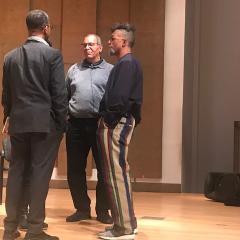 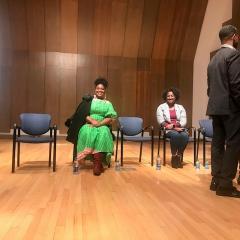 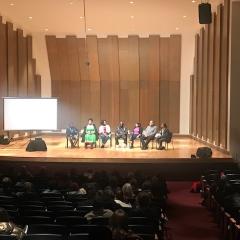 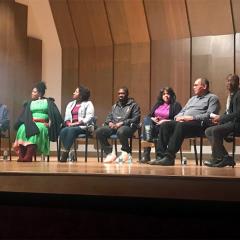 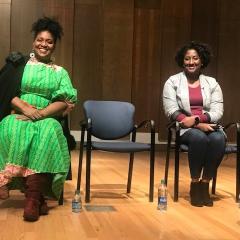 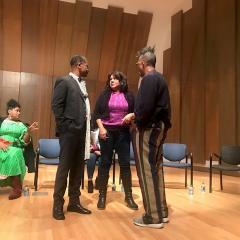