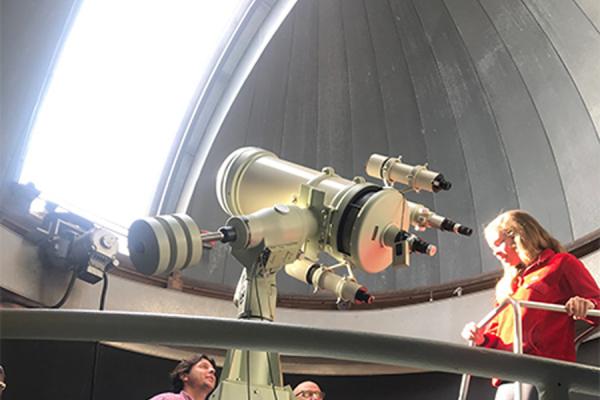 The University of New Orleans Observatory is located on campus in the Science Building.

Mercury made a rare trip across the sun on Monday and visitors to the University of New Orleans Observatory were able to watch it. The University’s observatory is located on campus in the Science Building.

For about five hours on Monday, observers were able to visually track the planet’s movement as it passed between the Earth and the sun. The event is called a transit. Scientists have been using transits for hundreds of years to study the way planets and stars move in space, according to NASA.

Mercury’s last transit was in 2016. The next visible trip across the sun will not happen again until 2032, according to scientists.

Peering through UNO’s observatory telescope, which was equipped with special solar lens, Mercury appeared as a tiny black dot on the sun’s surface.

Although the planet didn’t appear to be moving fast, it was in fact speeding across the solar surface at more than 100,000 miles per hour. Or, 29 miles per second, said Wesley Cognevich, a teaching assistant in the physics department who was manning the observatory.

How fast is that?

"Here to Slidell in one second," Cognevich said. 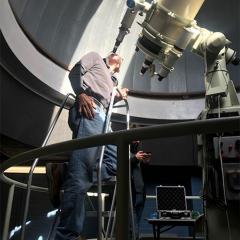 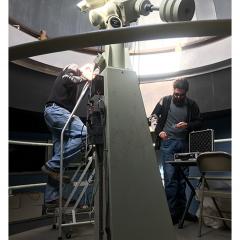 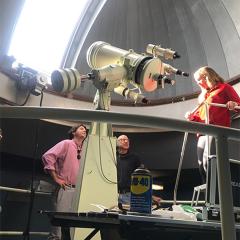 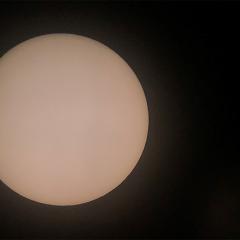 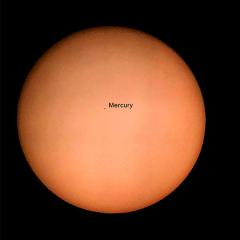