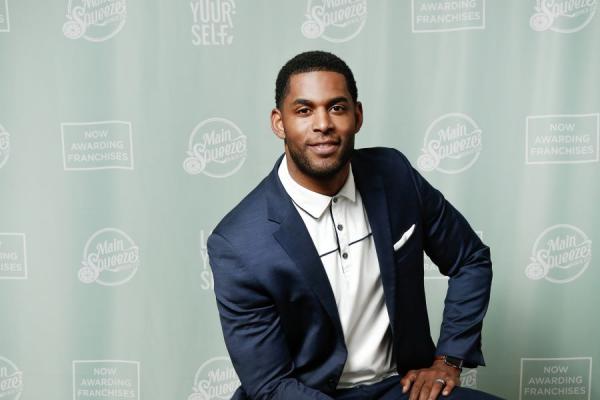 Entrepreneur and New Orleans Saints legend Marques Colston will serve as the principal speaker at the University of New Orleans’ fall commencement on December 13, 2019.

Entrepreneur and New Orleans Saints legend Marques Colston will serve as the principal speaker at the University of New Orleans’ fall commencement on December 13, 2019. The University will also present Colston with an honorary doctorate. The ceremony will take place at 2 p.m. at the UNO Lakefront Arena.

“Marques Colston has distinguished himself as one of the best players in the history of the New Orleans Saints and as a serial entrepreneur who has gained a sophisticated understanding of the business world,” said President John Nicklow. “He is also a model of perseverance and self-improvement. I know our students will benefit enormously from his wisdom, and we are thrilled to welcome him back to campus.”

During Colston’s 10-year NFL career, he became the Saints all-time leader in receptions, receiving yards and total touchdowns. A seventh-round draft pick from Hofstra University, Colston defied the odds to become the most productive receiver in team history from 2006-2015. Last weekend, he was inducted into the Saints Hall of Fame.

Colston is the founder and managing partner of Dynasty Innovation, a strategy and execution firm focused on marketing, branding, sports and professional development. He is also partner and director of business development at Main Squeeze Juice Co., a New Orleans-based fast-casual juice and smoothie bar that has several franchise locations spanning from New Orleans to Houston and currently has more than 40 locations in development throughout the country. Additionally, he leads the Center for Innovation at Virtua Health System, and also serves on the advisory board for the One Team Collective, a sports technology accelerator run by the National Football League Players Association.

In 2018, he collaborated with Columbia Business School to create an executive education program for current and former athletes. Seeing a lack of structured education programs for athletes, he worked with the business school to develop a program that would give athletes the tools and knowledge to become more successful entrepreneurs and investors.

Colston will become the second person in his family to earn a degree from the University of New Orleans. His wife, Emily, received her bachelor’s degree in planning and urban studies in 2014.