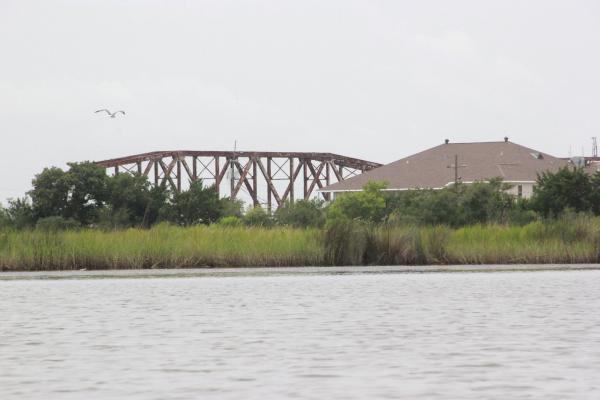 University of New Orleans Center for Hazards Assessment, Response, and Technology researchers will study ways that communities along the Gulf Coast can adapt to a range of environmental stressors.

Researchers in the University of New Orleans Center for Hazards Assessment, Response and Technology (UNO-CHART) will study ways to enhance the resiliency of Gulf Coast communities as part of two grants totaling more than $5.5 million from the National Academies of Sciences, Engineering and Medicine’s Gulf Research Program.

UNO researchers will work on the two projects in collaboration with an interdisciplinary group of scientists from 10 universities, including Tulane University.

The University’s portion of the grants is just over $290,000, according to Monica Farris, director of UNO-CHART.

Led by the University of Central Florida, researchers will work with communities throughout the Gulf region to improve the dissemination of information about potential hazards to residential housing that can change overtime.

The grant’s principal investigators say the first line of defense for residents and their resilience is housing protected from natural hazard impacts. Yet many residents remain unaware that the building codes and zoning regulations they expect to protect them become outdated as environmental stressors, local development patterns, materials science and construction practices change, according to the grant application.

Improved residential risk disclosure is a key component for building resilient communities. To make informed decisions about where to live and how to protect housing investments, residents require knowledge about potential natural hazard exposure and impacts along with available mitigation strategies, the application states.

The ultimate goal of the project is to identify practices most likely to result in residents taking actions to reduce risk and increase resilience.

Led by Tulane University, the goal of this project is to determine how the United Houma Nation can adapt to climate-related and other short- and long-term stressors while maintaining the integrity of its community and culture.

The United Houma Nation is a Louisiana state-recognized tribe primarily based in southeastern Louisiana that is striving to maintain its unique culture amidst dramatic climatic, environmental and socioeconomic change. According to the grant application, while tribal citizens have sustained livelihoods and communities in a shifting landscape for generations, today ongoing coastal land loss combined with the cumulative impacts of health, social, and economic disparities have created unprecedented challenges for the tribe.

The project team will collaborate with the United Houma Nation to examine existing and emerging stressors, identify resilience strategies and produce actionable information, tools and interventions that can be used by the tribe to navigate these challenges.

Researchers say the project’s findings will be useful to other Gulf Coast communities facing similar issues.