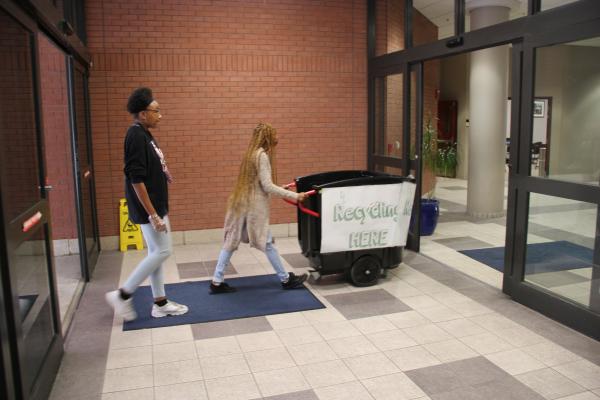 Two of the university’s most visible green initiatives are a new recycling team and the recent installation of thousands of energy efficient bulbs around campus.

As University of New Orleans officials plan for the evolution of the campus, sustainability efforts are critical elements in determining the future of the institution’s physical space, President John Nicklow said.

The University’s Sustainability Circle, made up of faculty, staff and students, has implemented several initiatives around campus, such as the new bicycle fix-it station located between the University Center and the Recreation and Fitness Center.

Two of the university’s most visible green initiatives are a new recycling team and the recent installation of thousands of energy efficient bulbs around campus that not only saves money but also brightens the campus and improves safety.

Those initiatives have prompted other student organizations to suggest ideas, Nicklow said.

“Not a week goes by that another student organization brings me an idea for a project around sustainability,” he said. “For example, SGA recently came to me with ideas for an anti-litter campaign, and the Nepalese student organization wants to embark on a tree planting campaign. By connecting these groups to the larger circle, we will experience synergies and hopefully make visible progress toward a more sustainable and Earth-friendly operation.”

There are recycling bins in each building specifically for plastics and cans and four designated dumpsters, near the Geology/Psychology Building, Liberal Arts Building, International Center and the Recreation and Fitness Center for recycling cardboard boxes and paper. Students and employees can also email recycle@uno.edu to arrange pickup, Hadaway said.

“When we first started some people were putting full Amazon boxes in there and they weren’t breaking them down,” Hadaway said. “So we decided that we’re going to take cans and bottles to start with and then recycle office paper and cardboard using the dumpsters.”

Four students were hired in September to help improve the campus’s recycling efforts. Each week they make rounds on the campus checking bins and—unfortunately sometimes having to separate trash from the recyclables.

“We try to salvage what’s recyclable, but sometimes we have to trash the entire bag because it’s soiled,” said student worker Treshunda Joseph.

While on their recent rounds, Joseph, along with student Andreel Ward, wheeled the recycling cart across campus to check the bins. Some were in good condition—clean plastic bottles and cans.  At other sites, they had to set aside used coffee and soda cups, which are prohibited items.

The recycling team understands it will take time for the campus community to know what can and cannot be recycled, but team members emphasize that blue bins cannot be used for trash.

“The trash cans don’t look like this,” Joseph said, referring to a recycle bin. “And it has a big recycle symbol, so don’t put trash in there.”

The University completed six lighting upgrades and two HVAC control upgrades; both projects were finished with partners Sodexo and Entergy who provided incentives that reduced the cost of the projects.

The projects resulted in the University reducing its electrical energy usage by more than 2.8 million kilowatt-hours per year and saving more than $238,000 a year in energy costs.

The outdoor lighting upgrades increased the visibility and safety levels around the main campus and the Lakefront Arena. The lights at the Tennis Center were also upgraded.

Interior LED lights were installed in the library in exchange for the harsh fluorescent lights that had drawn complaints from staff and students.

The HVAC control upgrades at the Pontchartrain Hall residence halls allowed university facility managers to regulate humidity levels in the resident halls, which made it comfortable for residents.

“Aside from the obvious energy savings and incentives UNO is receiving from implementing energy efficiency measures, as an institution of higher learning we are leading by example and demonstrating to the community that implementing energy efficiency measures is the right thing to do for the community and the planet,” Nicklow said. 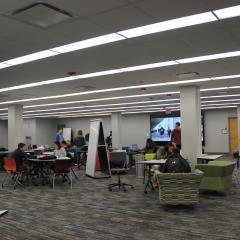 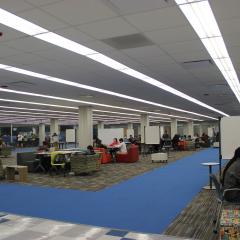 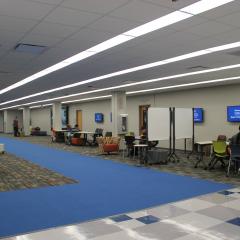 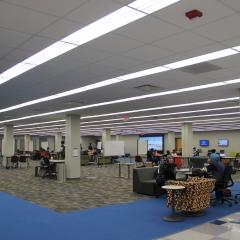 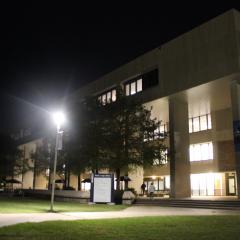 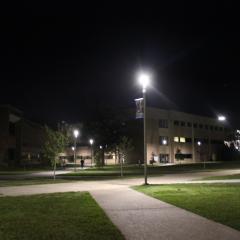 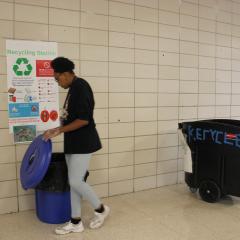 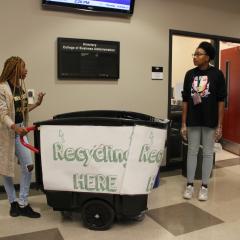 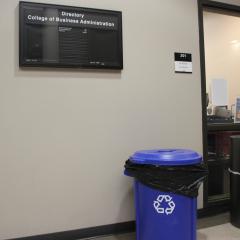 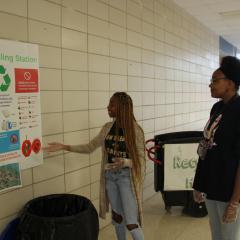 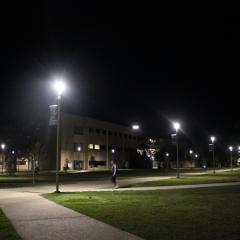