Alumnus Chris Dier Is Louisiana Teacher of the Year 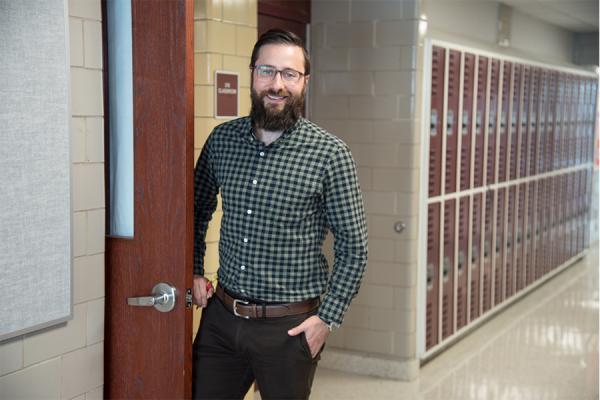 Alumnus Chris Dier is the 2020 Louisiana Teacher of the Year.

Chris Dier, the 2020 Louisiana Teacher of the Year, once considered becoming an attorney. However, during his senior year in college, frustrated by a constitutional law course, he accepted his mother’s invitation to observe her teaching class at Chalmette High School.

As he watched his mother, a veteran educator of more than 30 years, Dier saw an entirely new world—and a different career path for himself.

“I was immediately taken aback by the atmosphere in her classroom. Students were learning, discussing, asking questions and developing a sense of self in real time,” said Dier, who teaches world history and AP human geography at Chalmette High School. “It was the first time I watched a class from the teacher’s perspective. After that day, I decided to give teaching a go.”

Dier, who grew up in St. Bernard Parish and evacuated to Texas after Hurricane Katrina’s floodwaters inundated his community in 2005, returned to Louisiana after completing a bachelor’s degree in history at East Texas Baptist University.

He applied for teaching positions and enrolled at the University of New Orleans where he earned master’s degrees in teaching and educational leadership.

“I was drawn to the University of New Orleans because it provided a sense of community while providing an opportunity to get a high-quality education,” Dier said. “UNO is a staple in the New Orleans community. My first program there was such a success that I went back to get another degree.”

Dier followed his mother’s lead and has become a history teacher who attempts to contextualize the subject by bringing real-world examples and an infusion of empathy and diverse viewpoints into the class.

That class, Room 215, is loaded with memorabilia acquired during summer travels abroad. Inspirational quotes from Caesar Chavez, Marcus Garvey, Helen Keller, Mark Twain and others adorn the walls, along with student-drawn pictures of Dier. One drawing has a conversation bubble written in Spanish that says “Tenga un buen dia!” (Have a nice day). Around the room an eclectic offering of books—classic and contemporary fare—spill from shelves.

Traveling, particularly to foreign countries, challenges him and offers new perspectives, Dier said. He wants to bring a similar sense of exploration to his students, he said.

“It might not be appealing for students to just hear me talk about Peruvian culture, but what if I passed around a tapestry hand-woven by an indigenous Q’eros family for them to feel?” Dier said. “Similarly, I also bring stories of other cultures to my students. In Vietnam, I explored how they study the Vietnam War, or as they call it—the American War, and share those perspectives with my students.”

While studying the Holocaust, Dier held class in a grassy courtyard outside. He assigned students to explore what the Jewish people faced while being held at the German concentration camp in Auschwitz using photos and text excerpts left at designated stations.

The assignment was intended to allow students to discuss the traumatic events from the Jews first arrival, to their daily work assignments and ultimately the deadly gas chambers disguised as showers.

“What didn’t you know?” Dier asked one group.

“About the different types of tests they did,” student Derek Hutchinson said.

“Right, there were a lot of different experiments conducted on the Jews,” Dier said.

A picture of a mother leading her child on what history has revealed was a death march, stood out to Jenna Riess.

Dier agreed. “Looking at that picture now we know, and it’s an eerie feeling. It gives us chills.”

Courtney Assavedo and Logan Dusang, both seniors at Chalmette High School, say they enjoy Dier’s class because he’s passionate about what he teaches and makes it interesting.

“He puts it into perspective to us now, like everything he teaches he relates it back to us and how it has affected us,” Assavedo said. “It makes it easier to learn.”

For example, during a study of world wars, Dier created a skit and assigned students different countries to represent their interest in the conflicts, Assavedo recalled.

“He doesn’t just teach us about it from one perspective,” Dusang said. “He teaches about other countries’ perspectives as well.”

An accurate study of history offers valuable lessons for the future and allows students to gain a greater understanding of other cultures, values and beliefs, Dier said.

“This understanding fosters empathy for others as it centers on human connection. So many societal issues are due to misunderstandings; an accurate study of history is the first step toward addressing misunderstanding,” Dier said. “I work to create an environment of understanding each day in my classroom because our students deserve communities where that is also true.”

Louisiana Teacher of the Year

Dier has taught school for 10 years and was selected as St. Bernard’s Teacher of the Year to represent the parish in the state competition last year. It was the second time he’d earned the honor of the parish’s top teacher.

On July 19, following months of interviews and making the list of nine finalists that were culled from more than 200 applicants, Dier was named the 2020 Louisiana State Teacher of the Year at the state’s 13th annual Cecil J. Picard Educator Awards Gala held in Baton Rouge, La.

“I was in a state of disbelief and shock. I almost thought they made an error because I did not think it would’ve been me,” Dier said.

The biggest highlight was seeing his mother’s face when the announcement was made, Dier said.

“She just burst out in tears,” he said. “She is still a teacher and first inspired me to become a teacher, so I think it’s more than just a moment of being proud of a son for an accomplishment.”

Dier will represent Louisiana in the national competition. He also has a state and national platform from which he gets to tout his education initiatives on student equity and inclusion.

Dier said he wants to collaborate with other educators to develop culturally responsive teaching practices across the state, “from Cajun country to north Louisiana.”

In 2016, he was selected as a Hollyhock Fellow at Stanford University, a program that brings educators together to work collectively toward creating classrooms that are more inclusive. In 2018, he completed an Advanced Placement Summer Institute course at Fordham University and currently participates in professional development programs at Harvard Business School that focus on case method teaching.

“I believe students flourish when they see themselves reflected in the classroom, and we have a lot of culture in our state,” said Dier who points out the current demographics of St. Bernard are radically different from the homogenized parish that he grew up in prior to Hurricane Katrina.
“Since Katrina, our district has become more diverse as we have immigrants from Latin America, the Middle East and Southeast Asia. These waves of immigration provide plenty of opportunities to incorporate other cultures and histories into my classroom.”

“If we make their identity a part of their education, then students take ownership over their own learning and become autonomous learners,” he said. “By spotlighting identity and culture, we teach to students’ strengths and experiences, thus empowering students to succeed while supporting their emotional well-being.” 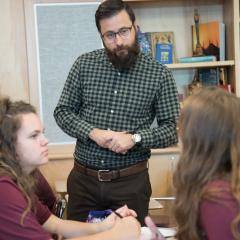 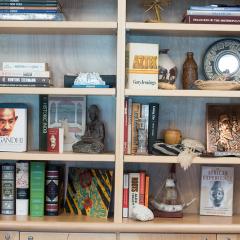 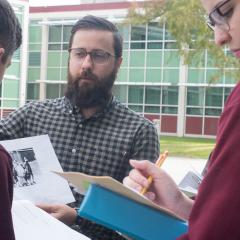 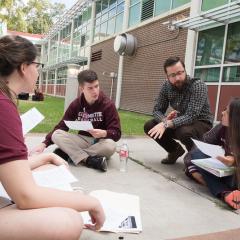 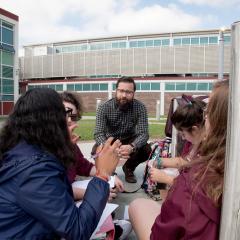 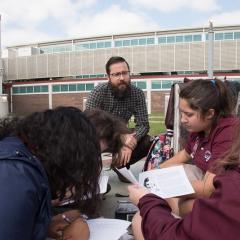 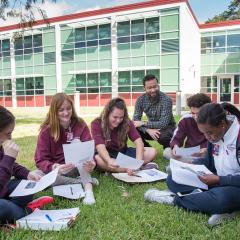 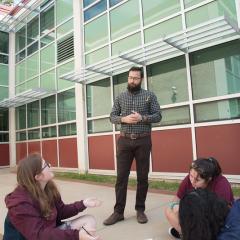 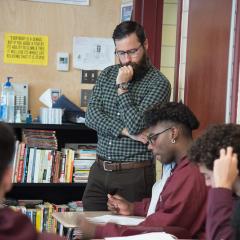 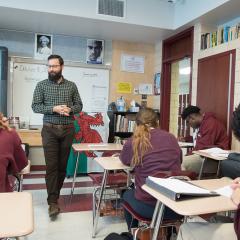