Unlocking the Jobs of Tomorrow 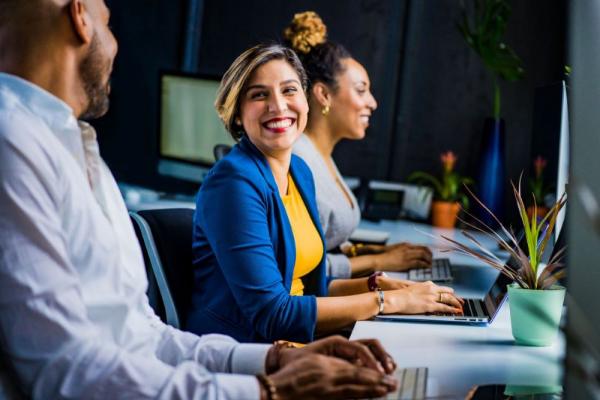 In the hit 1967 film “The Graduate,” Dustin Hoffman was given a famous one-word bit of career advice: “Plastics.”

More than a half-century later, in 2019, that same advice would no doubt feature a different word with an equal amount of certainty: “Coding.”

As today’s workforce undergoes huge changes, heavily influenced by computer automation, the ability to “speak” a digital language is becoming extremely valuable. Those preparing for the jobs of tomorrow—and increasingly, today—are clamoring to add computer coding skills to their résumé.

In recognition of this growing need, the University of New Orleans Division of Professional and Continuing Education (PaCE) is now offering a number of introductory tech workshops in high-demand coding languages, including Python, JavaScript and MEAN web development.

“Coding literacy has increasingly become the norm in modern workplaces, even in industries that have traditionally been less focused on technology,” said Tina Chang, associate vice president for professional and continuing education at UNO. “Programming languages such as JavaScript, Python and SQL—along with software stacks built around these popular languages—have become invaluable to companies as they continue to adapt to the ongoing digital revolution.”

No Experience Required
These new workshops are a perfect way to get started with coding, because they are designed for those with little or no background in the discipline.

“Programming can be intimidating at first blush,” said Erin Anderson, who teaches two workshops devoted to the Python language at UNO. “The sheer volume of textbooks and online tutorials can be overwhelming, and just getting started is the most difficult part. These workshops give students a chance to sidestep the frustration that trying to learn the basics from too many sources often brings.”

The short courses range in length from two days (for the Introduction to Python and Introduction to MEAN Web Development workshops) to three weeks (Introduction to JavaScript and Python Programming and Python for Data Analysis). The idea is to give students exposure to the basics of the language and how to learn it, setting them on a path for further discovery.

“The goal of these workshops isn’t for students to leave as Python masters, but the workshops will arm students with enough knowledge and skills to become masters on their own,” Anderson said.

“The most important thing about entering the technology field is learning how to learn,” she said. “Taking this workshop will give students a chance to practice learning new technologies and build their learning muscles. It will also give students a great introduction to full-stack development and a deeper understanding of responsibilities of a web developer.”

Stacking Up the Coding Skills
Programming languages, like technology itself, are constantly evolving. A great example is MEAN, which many coding neophytes may not have heard much about.

“MEAN is an acronym for MongoDB (a NoSQL database), Express (application framework for Node), Angular (front-end web framework) and Node (server side runtime environment),” Espiritu explained. “The workshop is going to be an introduction to the MEAN stack and full-stack web development. We will break down the relationship between the client, server and database so students can have a simple understanding of a full-stack architecture. The goal is for students to understand what being a full-stack developer entails.”

If you’re interested in wrapping yourself around the Python language, you can choose between a more basic two-day workshop or the three-week program (which consists of six three-hour class sessions).

“The two-day workshop is something of a crash course; by the end, students should be confident enough in the basics to try a few things out and know how to figure out more advanced topics on their own,” Anderson said. “The three-week class is a bit more in-depth, and includes a focus on data analysis and using Python for big data. Data analysis could be several semesters’ worth of classes, but I wanted to introduce it, at least conceptually, as a well-known industry use for Python.”

Building a 21st-Century Workforce
For Chang, these tech workshops are part of a larger UNO effort to develop a variety of programs that deliver the kinds of high-demand skills that the region’s employers are looking for.

“As Louisiana continues to welcome many new companies to the Pelican State, Louisianans in turn have sought educational opportunities to build their professional skillset, including ways to increase their coding literacy,” she said. “In addition to the more robust, certificate-level offerings, the plan is to offer more introductory and intermediate-level workshops to help community members get oriented with these popular programming languages.”

Computer programming is one of the better-paying career fields, especially for those without an advanced degree. The nationwide salary-tracking site PayScale lists an average salary of $62,141 for this job.

Espiritu cited JavaScript as a language that is widely used and in huge demand by many top employers today.

“Employers from start-ups, small businesses, government jobs, and corporate businesses are looking for developers to build and maintain their online presence,” she said. “Learning JavaScript and becoming a full-stack developer is a great way to make yourself employable; MEAN stack has been used by PayPal, Uber, LinkedIn and other tech giants.”

Support From Employers
These introductory workshops are relatively inexpensive, another reason they are good fit for those who are just “kicking the tires” on the programming field.

In some cases, students can even get their course fees paid by their employer, according to Chang.

“In the past, we’ve had employers reach out to cover the cost of these workshops on behalf of their employees, which has been really heartening to witness,” she said. “As a newcomer to the region, it means a lot to me that Louisiana employers see the value of investing in their employees through these professional development opportunities offered by PaCE. My hope is that this commitment to investing in the workforce grows over time, and that UNO PaCE will be the destination spot for people seeking professional development opportunities.”

Chang added that she also hopes to offer similar workshops in Tableau data visualization and in software engineering in the future.