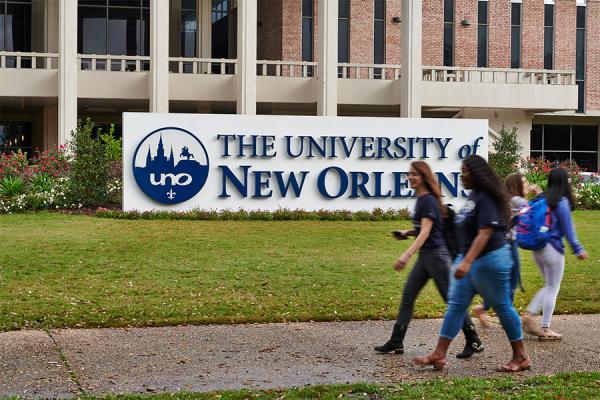 The new faculty member’s research interests range from dissecting gentrification and stratification economics to exploring how to preserve life-sustaining natural resources amid an ever-growing population to sharing the impact and importance of contemporary urban literature to finding ways to thwart computer cyber attacks.

Hamed Ghahremani likes to study people, how they behave with each other and the impact of those interactions.

“How would you describe the best boss you have ever had? How about the best team member you supervised? What made them so great? How about the opposite? These are the kind of questions I am exploring in my research,” said Ghahremani , who taught previously at the University of Buffalo-SUNY.

These topics hold such fascination that Ghahremani forwent a career in engineering in order to pursue an MBA and doctorate in organizational behavior.

“I first started as an engineer. I have a B.S. degree in mechanical engineering,” Ghahremani said. “However, despite the unlimited opportunities in the engineering realm, I found myself more interested in learning about human interactions.”

Ghahremani’s expertise is in organizational behavior and human resource management. He is teaching courses on those subjects this fall. His current areas of research explore the effectiveness of shared leadership teams, moral and immoral leadership in organizations, and leadership behaviors that allow employees to craft their jobs to their interests and strengths.

“I’d like to think that the insights we gain from these streams of research will lead us to better outcomes,” Ghahremani said.

The “us” includes organizations, managers and employees. The “outcomes” include the happiness and well-being of employees and managers, as well as performance and financial bottom-line for the organizations, he said.

“Do these matter? I would say definitely yes.”

Greg Price comes to the University of New Orleans from Morehouse College in Atlanta where he held a similar position. He joins the Department of Economics and Finance and the newly formed Urban Entrepreneurship and Policy Institute.

Price, who will teach courses in econometrics and principles of microeconomics, says he was drawn to the economics field because it offers insights into the way people behave.

“Since a child, I always had a sense of wonder about the world, particular human behavior,” Price said. “Economics attracted me as an omnibus discipline that provides an organizing framework for all of human behavior.”

Allen Ryan taught economics in international high schools in Europe and as a graduate teaching assistant at the University of Dublin in Ireland.

His expertise and research interests are in tax accounting and financial accounting.

“I am also interested in international accounting and the impact that different accounting systems have on a country’s financial system,” Ryan said.

Satish Bastola comes to the University of New Orleans from the Georgia Institute of Technology in Atlanta where he was a research engineer. Prior to that, he worked as a postdoctoral research fellow at the Center for Ocean-Atmospheric Prediction Studies at Florida State University in Tallahassee.

Bastola’s expertise and research—hydrology, eco-hydrological modeling, hydro-geomorphic modeling and water resources engineering—might be unfamiliar terms. However, the potential problems those research areas attempt to address are not: The management of basic life-sustaining sources of food and water for Earth’s expanding population, which is expected to hit 10 billion people by 2050. The current population is estimated at 7 billion people.

Indeed, the depletion of Earth’s natural resource amid population booms has been the basis of many Hollywood movies. Only it is not just a mythical storyline.

As the earth’s population expands, the demand for its resources of food, energy, and fresh water increases, Bastola said.

“Inevitably putting great pressure on limited resources beyond critical limits,” Bastola said. “Integrated and robust management solutions are the only hopeful approach for a sustainable economic and environmental future.”

Climate variability, climate changes and changes in land use also will put tremendous stress on water resources, he said.

“In order to address this challenge, good understanding of hydrology and its role in driving terrestrial ecosystem, sociohydrological interaction is important,” Bastola said.

Bastola said he plans to continue to research the water, food, and energy nexus through such means as landscape evolution modeling and quantifying the impact of future changes on surface water cycle by studying medium to large river basins to understand the role of climate variability and global change on water resources.

Yuliya Kotelnikova said she has a strong interest in helping children with mental health difficulties by developing better assessment and treatment methods to inform early identification, prevention and timely intervention.

“Some of the questions that I have been asking include: how to determine who is the best person to ask about children's behavior (mother, father, teacher, friends), are mental health disorders dimensional or categorical, what happens when a child who struggles with mental health difficulties grows up?” Kotelnikova said. “I hope that by answering these questions I can help mental health professionals and their clients achieve better treatment outcomes.”

Navid Salehy is researching stochastic processes and their applications in finance. Specifically, he is tracking changes in stock market prices, and studying how incorporating random variables might determine the effect on prices.

“Actual stock prices changes occur not at regular times but at random times,” Salehy said. “Also, these are observed to have self-exciting characteristics. I am currently working on the development of price models that are able to reflect this empirical behavior of stock prices movements.”

Salehy arrives at the University after completing his doctorate in mathematics at Florida State University, where he taught several math courses including precalculus algebra, Calculus I, and III, and where he conducted research in the area of financial mathematics.

Hyunguk Yoo has expertise in computer security, particularly industrial control system security and software security.  He is teaching a course in the subject this fall.

“It is an important area and also fun to learn new offense and defense techniques, said Yoo, who was a visiting professor at the University last year. “It is more like a game.”

“Industrial control systems are brains critical infrastructure like a power grid,” Yoo said. “In recent years, these systems are being attacked by bad guys, and the attacks are getting sophisticated. We need to fully understand the attacks and come up with effective defense techniques to fight them.”

Jeffrey Parker’s research niche is studying neighborhoods, place reputation and gentrification. His journey to academia was sparked by his interactions as a former music journalist studying the independent rock scene.

“I realized that the folks I was asking about music clubs were more interested in talking about how the neighborhoods the clubs were in were being taken over by condos,” said Parker, who holds a doctorate in sociology from the University of Chicago. “I've loved cities for as long as I can remember, and my favorite thing to do has always been to wander around neighborhoods, so I just made a career out of it.”

“I untangle the complicated ways folks in those neighborhoods deal with those reputations,” Parker said.

His next project explores the role of merchants in the development of the place reputation of the American South from the Civil Rights Movement to the present, Parker said.

“I'm really interested in place reputation because it has this enormous effect on all sorts of things in our lives. It determines what resources a community gets access to, it determines people's willingness to go to a place, it even determines what total strangers think of people they've never met,” Parker said.

“You tell somebody where you're from, and all of the sudden they have all these ideas about you. Sometimes those ideas are accurate, lots of times they aren't—but they have real effects for how you get treated either way.”

Jacinta Saffold comes to the University of New Orleans from the Association of American Colleges and Universities where she was the associate director for diversity, equity and student success.

A disparaging remark made by a former English teacher about a “street lit” novel that Saffold was reading served as a catalyst for a career that explores African American literature, culture and contemporary urban fiction, she said.

Saffold, who was in ninth grade at the time, was reading “Flyy Girl” by Omar Tyree.

“My English teacher told me what I was reading had no educational or literary value and I should instead focus my attention on the more ‘traditional’ literature of Emily Dickinson and Shakespeare,” Saffold said. “Her repudiation of literature that had intimately familiar linguistic patterns, urban settings and plot lines to the real lives of people I knew and loved was bothersome and hurtful.”

Saffold is teaching “Studies in Black Literatures: Black Women Writers” and an introductory to graduate studies in English. She also is at work on a manuscript called “Books&Beats: The Cultural Kinship of Street Lit and Hip Hop.”

“My hope is that my work will help to demystify street lit for the academy and other spaces of learning so that it can act as a spring board to humanize the stories—and by extension the lives—of black and brown bodies in urban America.”

Eric van Holm’s expertise lies in economic development and neighborhood change. He comes to the University of New Orleans from Arizona State University where he was a postdoctoral research fellow in the Center for Science, Technology and Environmental Policy Studies.

Van Holm, who grew up in Sacramento, Calif., said witnessing the city’s vibrant economic transition driven by entrepreneurs that are launching exciting products and services, and seeing similar transitions in cities across the country, inspired his research to understand the factors that cause cities’ entrepreneurial ecosystems to grow and contract.

This year his research will focus on barriers to entrepreneurship and entrepreneurial thinking, particularly within traditionally underrepresented communities, van Holm said.

“I'll be working with a few of the other new hires to understand the most persistent obstacles, and to find potential solutions that emphasize education and training as ways to unlock latent potential and create equality of access to opportunities and outcomes,” he said.

“A vibrant entrepreneurial culture is critical to maintaining a city’s economic health, so the hope with the research is to be able to provide practical advice to nonprofits and cities in how they can reduce impediments to the formation of new enterprises.”

Michelle Wade’s expertise is in clinical mental health, ethics in counseling, and social media and counseling. She comes to the University of New Orleans from Marymount University in Arlington, Va. where she held a similar position.

Wade said counseling was a natural career choice for her because she was always the one others told their stories to.

“It took me experiencing the power of counseling myself to understand the importance of counseling, and that it was very different than just being a listening ear for your friend,” Wade said.

Wade is currently researching how to use social media, smartphone applications and technology in ethical and therapeutic ways with clients.

“By utilizing smartphone applications, counselors can begin to help clients have tangible tools and resources at their fingertips, further supporting progress towards goals,” Wade said. “However, technology can be a slippery slope with regards to boundaries and confidentiality.”

Another research project involves exploring ways to work with polyamorous and kink communities, she said.

“Unfortunately, a number of misconceptions are held about these individuals and a number of counselors feel incompetent to work with their concerns,” Wade said. “Research is important because it is how we learn what works and what needs to be improved. It also allows us to understand the human condition in a deeper way.” 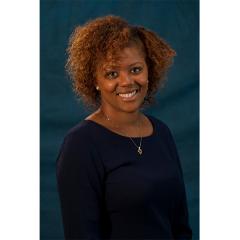 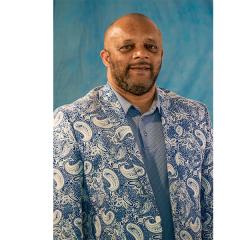 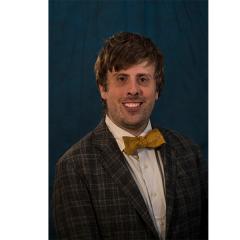 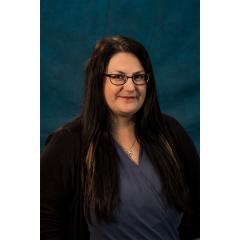 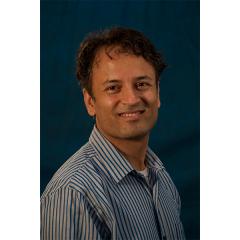 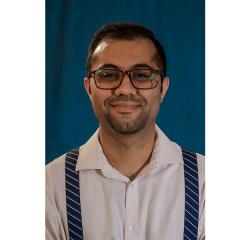 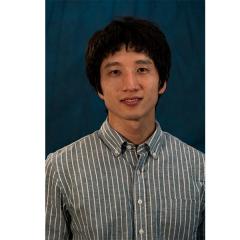 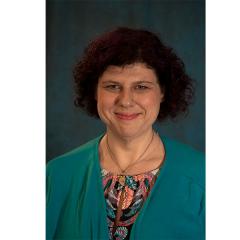 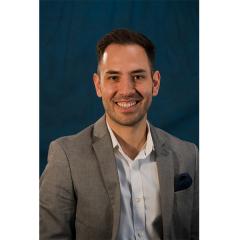 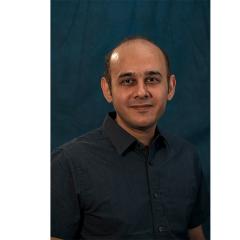