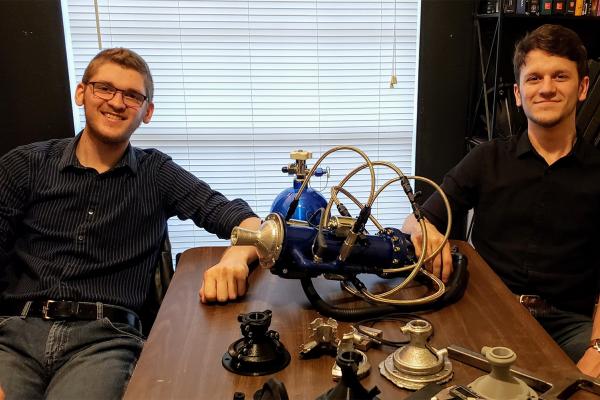 With their senior year in college approaching, Mitchell Maurin and Daniel Elfert cast about for a project that would give an added punch to their professional portfolios. The students, both majoring in mechanical engineering at the University of New Orleans, designed and built a hybrid rocket engine that could get a test fire at NASA’s Stennis Space Center this fall.

Yes, this is rocket science.

The duo combined what they had learned in the class and from textbooks to build the rocket engine bearing their last names: the Maurin Elfert-1 Hybrid or ME-1H.  The engine, weighing about 20 to 25 pounds, depending on the amount of fuel, is primarily made of steel, and was fabricated utilizing a variety of workshop equipment and welding.

Designing and building the rocket engine allowed them to get hands-on learning experience with technology they are passionate about, Maurin said.

“Learning about the theory and concepts in the classroom is important, but we wanted to apply those ideas to a real-world project where we could learn how to connect everything together,” Elfert said. “Additionally, the aerospace industry is a highly competitive one and a project such as the ME-1H would allow us to showcase our talent and passion for the industry.”

Elfert, who is an intern at Lockheed Martin Space Systems at the Michoud Assembly Facility in New Orleans East, is interested in a career in rocket propulsion development.

Maurin, who has previously interned for NASA at Stennis Space Center in Hancock County, Miss. and is currently interning for Chevron, managing offshore assets from its Covington office, said he would be happy to work within a variety of engineering fields. Regardless of the position he lands, he plans continue to pursue his passion for rocketry.

The two students spent months designing and assembling the hybrid engine, which uses both a solid (paraffin wax) and liquid (nitrous oxide) as fuel, as opposed to just one fuel source. Rocket engines, which can be used in spacecrafts or missiles, give the power or thrust to move a vehicle forward.

The ME-1H was not designed to achieve space flight, but its thrust will be measured during testing and the students will attempt to calculate the rocket’s specific impulse—how fast or slow the propellant burns.

The engine will be ignited remotely using special ports that are designed to inject the mixture of nitrous oxide and methanol that will combine to burn with the paraffin wax.

Because the engine fuels are highly combustible, the students sought out a place to test the rocket that would not comprise anyone’s safety. Maurin contacted Thom Rich, chief of the Central Operations Division of Design and Construction at Stennis to ask for help.

“NASA personnel were more than happy to give us the opportunity to test UNO’s rocket engine at Stennis,” Maurin said. “While we are still currently submitting additional piping and instrumentation designs for review, initial approval for testing has been granted.”

During testing the engine will be secured within a concrete barrier that the students constructed to act as a blast wall in the event of a failure. Maurin and Elfert will control the test from a control stand they also created from scratch, which is protected by a 1-inch thick plexiglass wall and will be located approximately 100 feet from the test stand.

A date for the rocket engine test has not been set.

Their ingenuity also caught the attention of Kim Jovanovich, assistant dean in the College of Engineering.

After learning what the students were doing, they received a grant from the College of Engineering to help purchase supplies needed to build the rocket engine.

Once tested, the ME-1H rocket engine will be displayed in the lobby of the College of Engineering so that it might inspire future engineering students.

“He wanted the college to sponsor the project to highlight the ingenuity and drive that is present within the engineering students, and how, when put into practice, our education can benefit us should we make use of the knowledge,” Maurin said. “Visiting prospective students will also be able to see UNO’s commitment to their students through the sponsorship of a rocket engine that went on to be tested at a NASA facility.” 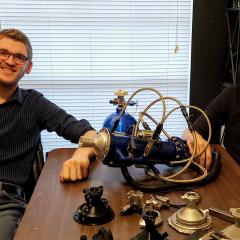 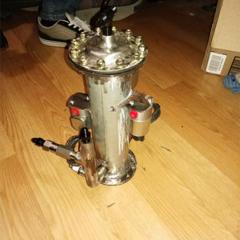 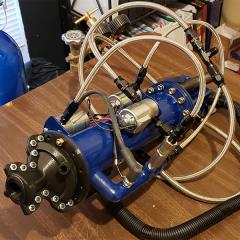 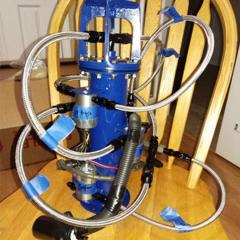 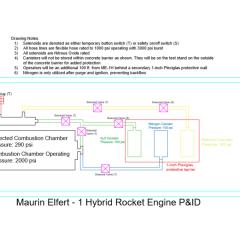