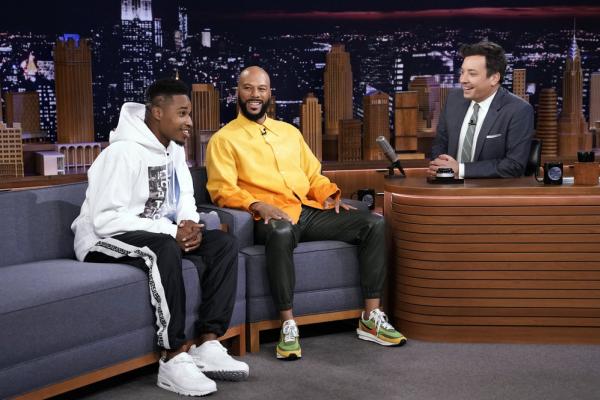 University of New Orleans alumnus and rapper Ray Wimley of New Orleans (left), is pictured with rapper and actor Common, and The Tonight Show host Jimmy Fallon during “Wheel Of Freestyle.” (Photo by: Andrew Lipovsky/NBC)

Wimley’s meteoric flight to fame first sparked in July after a video of him performing with renowned rapper and actor Common in front of The Ritz-Carlton in downtown New Orleans went viral on social media.

Common, who was in town for Essence Fest, had seen a video of Wimley’s freestyle wordplay on social media and sought him out.

“I felt so grateful and joyous of that moment because it is like a surreal moment. It was like the biggest thing that I needed,” said Wimley, 28, who has been pursuing a music career full-time for several years. “Performing with Common gave me national recognition that was amazing.

“I’m just as excited and flabbergasted as everybody who called to ask me about it. I’m just in awe!”

The video garnered him an invite to City Hall to visit with New Orleans Mayor LaToya Cantrell who had seen the video, Wimley said laughing. Common later flew him out to Los Angeles to perform at a concert with him.

Then, on Aug. 12, he again teamed up with Common for a guest spot on The Tonight Show, which is filmed at 30 Rockefeller Plaza in New York City.

The original plan was to have him sit in the studio audience with a microphone, in “pop-up mode” to surprise everybody. But that idea was scrapped, which meant he was headed for the couch.

Then Wimley and Common performed during a segment of the show called “Wheel of Freestyle.”
For the segment, random words are drawn and The Roots provides a beat. The guests have to come up with improvised rhymes that include those random words.

Sure, he was excited, and a little nervous.

“I thought, ‘That’s what I do on the street. I can do this on national television!’” Wimley said.

Along with Common, they created an extemporaneous song that included the words: cookie dough, kitchen sink and the phrase “hot girl summer.” Then they went into the studio audience where they incorporated the clothing worn by audience members and a reference to a woman’s pedicure into their rap.

The show, which was taped earlier in the day, aired that night.

“I really didn’t believe it until I saw it on T.V.,” Wimley said. “I really appreciated the moment.”

Wimley hopes to parlay his media buzz into a recording contract and says Common has offered his guidance and support. He’s working on putting together a demo tape and a performance in New Orleans.

“I’d love to be like an example of possibility,” said Wimley. “That it doesn’t matter where you come from when you have a goal and you have (God’s) favor.

“I’m just fortunate that people recognize that talent, and I can’t wait to bless them with more of what else I feel is in me.”

Wimley, who also sings, says he more than “just a rapper.” 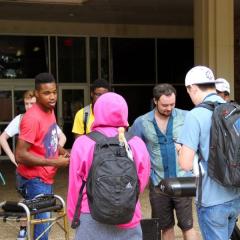 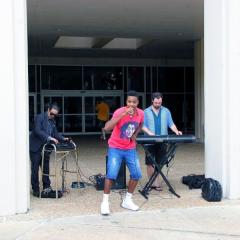 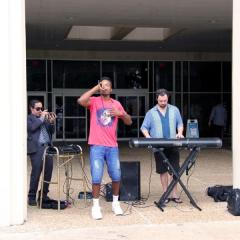 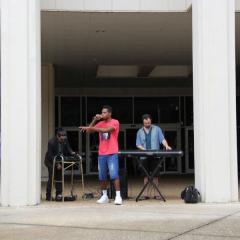 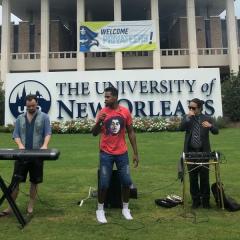