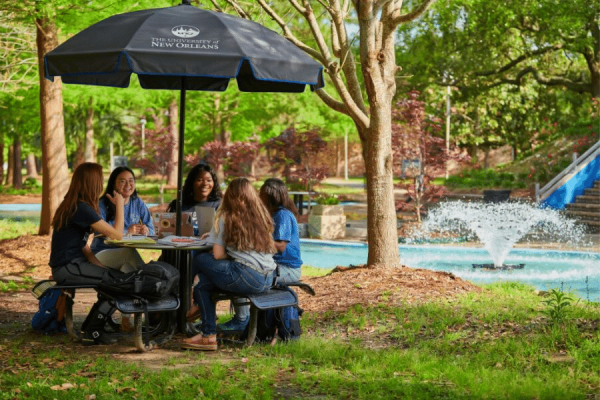 The University of New Orleans is among America’s top colleges, according to Forbes, which publishes an annual review of undergraduate institutions. The ranking means that UNO is in the top 15% of 4,300 degree-granting postsecondary institutions in the United States. According to Forbes, those selected as top colleges deliver top academics, best experiences, career success and low debt.

“It’s gratifying to once again be named one of ‘America’s Top Colleges’ by Forbes because it highlights the tremendous value of a degree from the University of New Orleans,” said President John Nicklow. “The combination of quality academic programs, low debt and high-earning potential is especially attractive to students and their families.”

For a University of New Orleans graduate with a bachelor’s degree, Forbes lists the average early career salary as $49,900. It also lists the average debt for a UNO graduate as $5,243, which is among the lowest in Louisiana. UNO’s net price is the lowest of any of the Louisiana college or university included in the Forbes review.

Forbes’ top college rankings are based on six general categories:
•    Alumni salary: a combination of early and midcareer salaries as reported by the federal College Scorecard and PayScale data and research
•    Student satisfaction: includes results from Niche surveys on professional quality and data and freshman retention rates from the federal IPEDS website
•    Debt: schools are rewarded for low student debt loads and default rates
•    American leaders: based on the Forbes database of successful people
•    On-time graduation rate: accounts for both four- and six-year rates
•    Academic success: rewards schools whose alumni wins prestigious scholarships and fellowships or have earned Ph.D.s