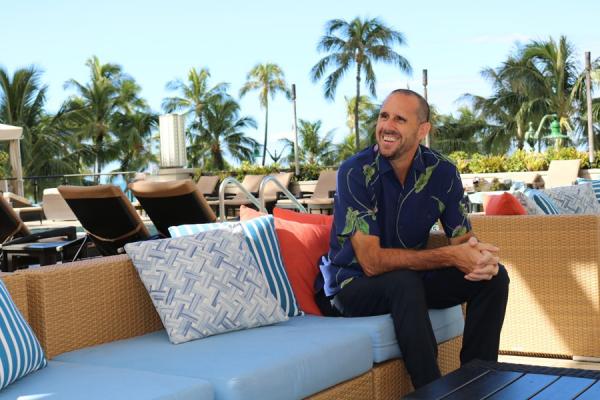 University of New Orleans alumni Irby Morvant Jr. is the general manager of the Hyatt Regency Waikiki Beach Resort and Spa in Honolulu.

While pursuing his bachelor’s degree at the University of New Orleans, Irby Morvant Jr. juggled a part-time job as a waiter at the Hyatt Regency’s Top of the Dome restaurant in downtown New Orleans.

Just as the restaurant slowly rotated to give diners a 360-degree view of the city’s skyline, Morvant’s hospitality career with Hyatt has remained in a state of forward motion, leading him from waiter to, eventually, general manager of a large resort in Hawaii.

“It’s gorgeous here,” said Morvant, who manages the Hyatt Regency Waikiki Beach Resort and Spa in Honolulu. “It’s beautiful, but there’s more to Hawaii than its beauty. There’s a deep, true cultural aspect to the destination.”

The sprawling resort has more than 60 stores, three on-site restaurants, meeting facilities and a pool that overlooks the Pacific Ocean, is located steps away from Waikiki Beach, Morvant said. The resort also includes a spa that weaves in Hawaiian ingredients and cultural practices into its wellness treatments.

Morvant likens the rich heritage of the tropical island to that of New Orleans’ unique blend of music, food and deep-rooted traditions.

Morvant, who graduated in 1992 with a B.A. in drama and communications,chose UNO because it “fit” him.

“I don’t know how else to say it, but it felt like home,” said Morvant, who grew up in Harvey, La. “It felt like I understood it. It had a good program for me and had the reputation that if you were going to go there you were going to have to study … it wasn’t just to go and have fun.”

Morvant has spent more than 30 years with Hyatt Hotels Corporate. He was selected for the company’s corporate management training program after graduating from UNO.

Morvant said he was drawn to the family-oriented culture of Hyatt and the company’s organizational structure.

“There was an understanding of a career path,” Morvant said. “If you so chose, that you knew you could one day become a food and beverage director or a director of rooms or a director of sales. You saw the path, even as an associate.”

Morvant moved into various sales and leadership roles at Hyatt properties across the country, including stops in Chicago, Boston, Cleveland and New Orleans. It was after riding out Hurricane Katrina at the downtown New Orleans Hyatt, and helping to manage the hotel, which closed because of storm damage, that Morvant decided he wanted to become a general manager.

At the time, he was the director of sales and marketing at the New Orleans Hyatt, and Morvant said he enjoyed the project planning and being part of leading a team.

“Hyatt allowed me to do that,” he said. “My next step was relocating to corporate headquarters and immersing myself in ownership management and regional support in sales and marketing for 25 resorts and hotels.”

“My first hotel was around 450 rooms,” Morvant said. “And it’s not about room size, it’s about the complexity and size of the operation.”

The 40-story Hawaiian resort has around 650 employees and more than 1,200 rooms, each with a private balcony—or lanai, as it called locally.

“One of the intriguing things about this business, it’s not a ‘sit-behind-the-desk’ environment,” Morvant said. “Every day is different.”

Most days are filled with meeting his managers to discuss the day’s operations, strategizing with his sales and revenue team, conferring with his chefs and interacting with guests as he walks around the resort, Morvant said.

“I’m here for our guests and associates providing personalized service,” Morvant said. “To care for people so that they can be their best.”

The hospitality industry is a “people business,” Morvant said, and those who want to excel should not forget that basic tenet.

“The hospitality industry is a long play,” Morvant said. “If you focus throughout the years, you will be working towards something very rewarding.” 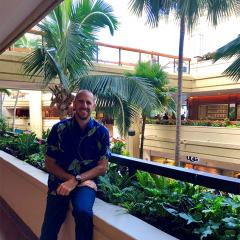 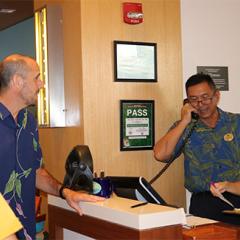 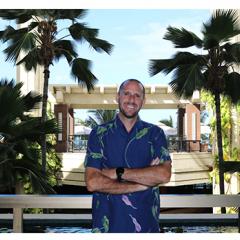 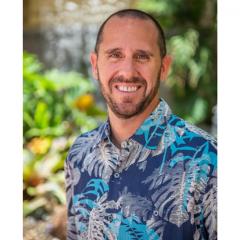