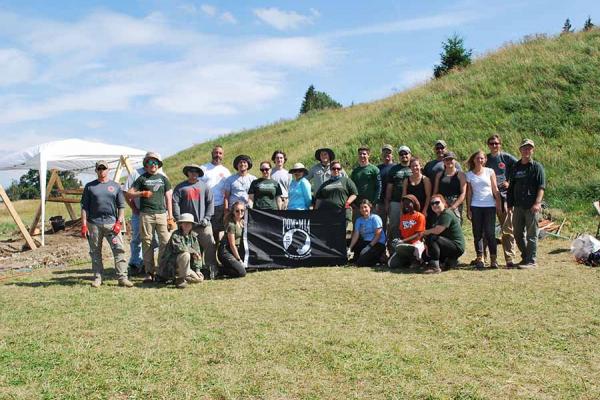 The University of New Orleans will lead an archaeological excavation at a site thought to be the location of a crash of a B-17 shot down during a 1944 bombing raid.

The University of New Orleans, through its partnership with the University of Innsbruck in Austria and the UNO-Innsbruck International Summer School, is leading a joint effort to excavate the site of a World War II aircraft crash in Germany, in the hopes that the project will help the Defense POW/MIA Accounting Agency (DPAA) in its mission to make the fullest possible accounting of American personnel. The team will be joined by volunteers from the Task Force Dagger Foundation (TFDF), a nonprofit that serves U.S. Special Operations Command members and their families.

University of New Orleans anthropology professor D. Ryan Gray is leading the excavation as part of a field school in archaeology. The site is located in southern Germany, and it is thought to be the location of a crash of a B-17 shot down during a 1944 bombing raid. The field investigations, combining traditional archaeological methods with state-of-the-art investigative techniques, will hopefully allow for missing air crew associated with the crash to be recovered and identified. The project, which will conclude mid-August, includes 15 students in the UNO-Innsbruck International Summer School, two students from the University of Innsbruck and six volunteers from the TFDF. 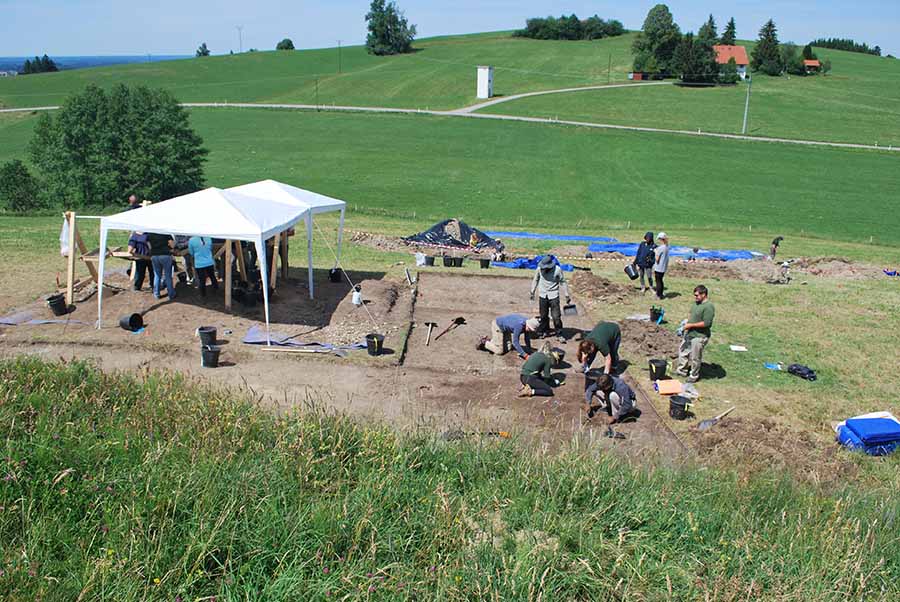 The project was developed as a public-private partnership with DPAA, to further the DPAA’s mission to locate, recover, identify and return American personnel still unaccounted for from previous wars and conflicts. The UNO Department of Anthropology and Sociology has developed an active archaeology program in New Orleans, with an emphasis on urban historical archaeology. This will be the second archaeological project that UNO has conducted in coordination with the DPAA. The first, in 2017, resulted in the recovery and identification of the remains of Captain Lawrence Dickson, the first of 27 missing Tuskegee Airmen from World War II to be recovered. The story of Dickson’s recovery and return to his family, including his daughter, Marla Dickson Andrews, was featured in the PBS NOVA documentary The Last B-24.

This summer, the Task Force Dagger Foundation is providing personnel—who are former members of the U.S. Special Operations Command—with skills such as explosive ordnance detection, medical coverage and engineering experience to assist with the site excavation while also providing personnel to assist with the search for remains. This effort is part of TFDF’s Rehabilitative Therapy Event program. One goal of the program is to help former special operations service members make the transition from the military to civilian life. It introduces them to a project with a meaningful military mission and purpose. TFDF team members also get a chance to experience archaeology through real life application.

The project is being coordinated with logistical and administrative support from the UNO Division of International Education, in particular Alea Cot, assistant provost for international education, and Irene Ziegler, program director for the UNO-Innsbruck International Summer School, the 44-year-old flagship program of the University of New Orleans.

Additional student financial aid for the project is being provided by the Richard Wallin Boebel Chair in Anthropology at UNO, the Carl Muckley endowment in the UNO Department of History, the UNO Student Government Association, the Timothy P. Ryan and Louise C. Schreiner award, and the Benjamin A. Gilman International Scholarship, sponsored by the U.S. Department of State’s Bureau of Educational and Cultural Affairs. The project is being sponsored by the Defense POW/MIA Accounting Agency (Award No. HQ0761-18-2-0001); however, the information or content and conclusions do not necessarily represent the official position or policy of, nor should any official endorsement be inferred on the part of, DPAA, the Department of Defense, the U.S. Government or the Henry M. Jackson Foundation for the Advancement of Military Medicine, Inc.