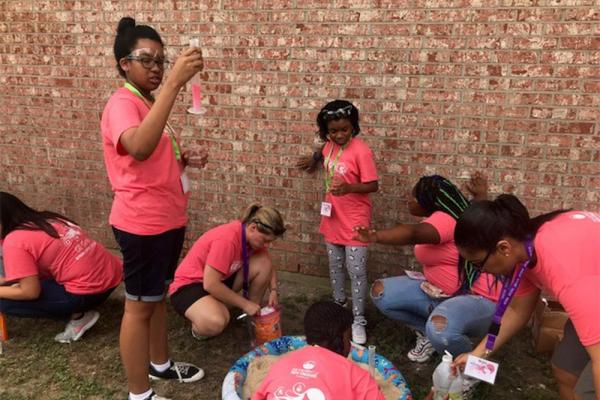 The weeklong GE Girls camp held at the University of New Orleans introduces campers to various STEM careers, including computer programming and forensics, through hands-on activities such as a session called outdoor chemistry.

Dozens of middle school girls are spending a week at the University of New Orleans exploring the wonders of science, technology, engineering and math as part of the GE Girls camp. The hands-on activities are designed to introduce the girls to various STEM careers, said camp lead and UNO alumna Christina Murphy.

While the number of women majoring in STEM fields still lag men, camps such as the ones sponsored by GE in New Orleans and around the country are designed to help close the gap, said Murphy, who earned a computer science degree from UNO and is now a business analyst at GE.

“The whole intent of the camp is to stress, to expose girls not just to STEM, but to STEM as a career opportunity,” Murphy said. “All little girls know about being a doctor and being a veterinarian but not many know about being a computer programmer or a chemist … so what we do is different activities throughout the week,  very much hands on, that are geared towards those different types of STEM fields.”

Murphy was part of the inaugural class of GE’s Software Engineering Apprenticeship Program, or SWEAP. The partnership program, now in its fifth year at UNO, gives computer science students the professional experience they need to launch successful careers and helps GE to develop a stronger technology workforce.

The GE Girls camp is in its fourth year at the University. GE sponsors similar weeklong camps around the country for middle school girls, typically between the ages of 11 and 13, Murphy said. Students engage in a variety of concepts including chemistry, forensics, robotics and flying, she said.

One class activity teaches students about electricity and electrical currents through the creation of an “electronic dance pad” using tin foil, batteries and wires. The finished product, which uses a tissue paper holder as a “spring” would either light up a bulb or set off a buzzer in response to opening and closing the top.

Another class studied the chemical interaction of salt, ice, sugar and cream, by making of ice cream in a plastic bag—no bucket or hand crank needed. The students, all wearing gloves, shook plastic bags for five to 10 minutes as the liquid turned solid.

“I can feel the difference,” camper Jocelyn Calderon said shaking her bag. “It seems like the liquid has gotten bigger and harder.”

And, like scientists in a lab, it was back to the drawing board to figure out just why the salt overrode the sugar in what was supposed to be a sweet treat. 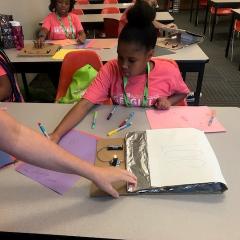 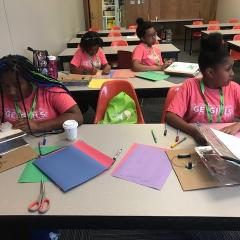 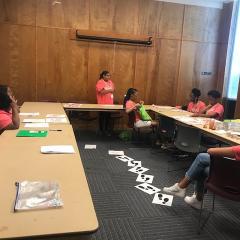 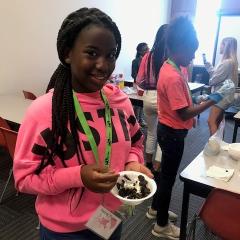 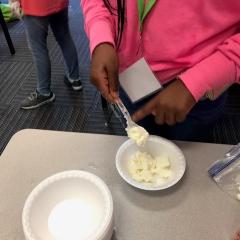 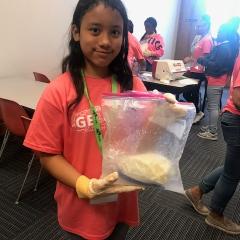 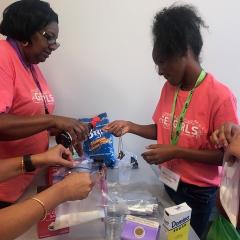 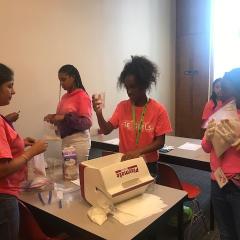 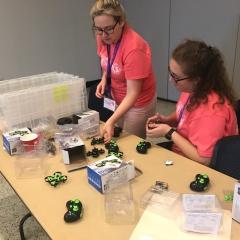