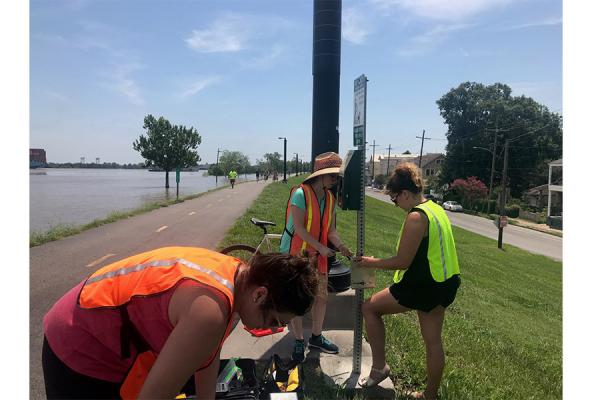 Tara Tolford (right), research associate in the University’s Transportation Institute, was awarded $248,000 to collect and study data on bicyclists and pedestrians. She and research assistants Marin Tockman and Antonia White-Barstow install a counter.

Despite the late morning heat, the paved trail on top of the Mississippi River levee in Algiers Point was busy with joggers, walkers and bicyclists on Tuesday. In about a year, University of New Orleans  research associate Tara Tolford will have the data on just how many people use that trail and other similar ones.

The goal is to bring the same level of attention and data to active transportation planning—biking and walking—as is done for cars, Tolford said.

“We’ve been counting cars on basically every major roadway in the entire state for decades,” she said. “For planning purposes, for the most part, we’ve just had no idea just how many people are walking or biking on any given location.”

On Tuesday, Tolford and assistants Marin Tockman and Antonia White-Barstow were out installing equipment that will count the comings and goings of pedestrians and bicyclists at certain locations, one of which is the Mississippi River Trail on the levee in Algiers Point.

“It’s important because we have tons of folks who walk and bike and take transit in the region and the state, and this will help us make better decisions on where to spend our money to make it safer and easier for folks to get around,” Tolford said about the count data.

They installed infrared sensors at different locations on the levee that will count passers-by, and they placed a pair of pneumatic tubes about a mile away on Newton Street that will count cyclists in each direction.

“Pneumatic tubes are just a couple of tubes that are nailed into the roadway and a puff of air that counts every vehicle that crosses over it,” Tolford said. “We have special ones that only count bicycles  so we know difference because of the weight and the distance between the wheels.”

Tolford said they also hope to use data from some existing Department of Transportation and Development traffic cameras, and they are working with a company to help extract related data.

In 2009, the state legislature approved a resolution that called for the creation of the Complete Streets Work Group within the DOTD to develop a comprehensive statewide transportation policy for Louisiana that balances the needs of motorists, transits users, bicyclists and pedestrians. One of the recommendations from the work group was the collection and analysis of pedestrian and bicycle data.

“The goal is to make our transportation planning more multi-modal so it’s not just cars; it’s about everybody who uses the street,” Tolford said. “This is part of the implementation of those (Complete Street) policies. In order to effectively plan, we need to know who is using the streets and what the potential demand is; so this is one key fundamental piece of the puzzle, which is to get long-term counts.”

Counters will be installed in pilot locations in New Orleans, Baton Rouge and some as-yet undetermined smaller communities, Tolford said. Data will be collected for a full year and then analyzed, she said.

“That will give us a good solid start,” she said. “Those are still just sample locations, but once you have that data you can sort of use it to model demand on other facilities that are similar.” 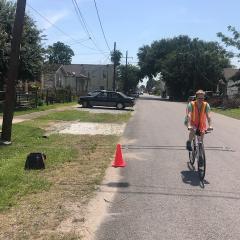 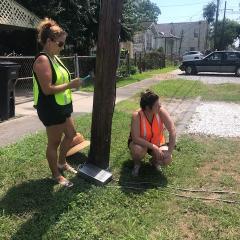 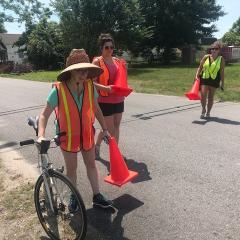 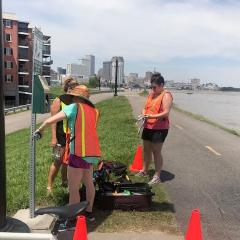 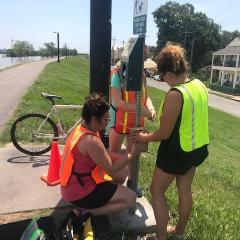 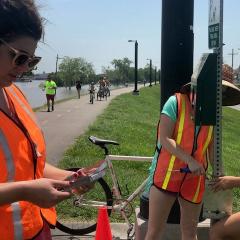 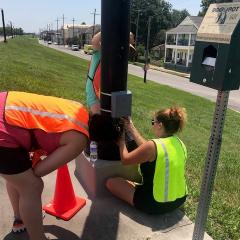 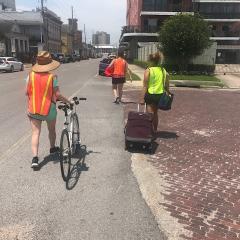 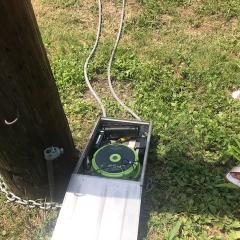