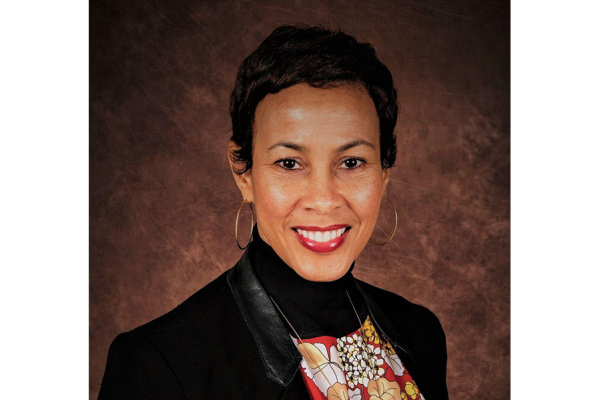 Enamored with the art of persuasion, University of New Orleans alumna Christina Francis once considered a career in law and foreign diplomacy. The New Orleans native eventually chose an MBA over law school, but retained a proclivity for persuasion that has landed her at the head of Magic Johnson Enterprises.

Francis, who graduated from UNO in 1993 with a master’s degree in business administration, joined the company in 2014 as the senior vice president of marketing and communications. In January, she was named president by the company’s founder and owner, legendary former Los Angeles Lakers playmaker Earvin “Magic” Johnson.

“I’ve done a lot in my career, different areas and different fields, most of it kind of in marketing and communications, but across different industries,” said Francis, who is the daughter of former Xavier University president Norman Francis. “Now, I really get to use every bit of that experience and education.”

After earning her bachelor’s degree from Xavier, Francis spent a year in graduate school at the University of Texas at Austin before deciding she wanted the hands-on business experience she heard her older classmates discussing. She returned to New Orleans and worked at IBM for two years before resuming her MBA studies at the University of New Orleans.

“UNO had professors there that gave me the proper education for me to apply what I had just experienced at IBM, and what I had experienced in corporate America,” Francis said. “So UNO was great for me and for what I needed. The professors really gave me a good understanding.”

The company Johnson formed in 1987 has grown into an investment firm valued at more than $1 billion. It includes an ownership stake in professional sports teams, such as the LA Dodgers and the WNBA’s Sparks, a television network, financial services and tech companies, retail clothing stores and movie theaters.

Investing in local neighborhoods is also one of the company’s core values.

As president, Francis is in charge of managing the massive portfolio of partnerships and business ventures housed under the Magic Johnson Enterprises umbrella.

“It’s also Magic Johnson the brand, the person—so I manage that overall look, feel, likeness, voice and then just in general our partnerships … and we’re vetting new businesses and other projects that may come to us,” Francis said. “So, I have my hands on a little bit of everything as it pertains to Magic Johnson and all of his business partners.”

Johnson described Francis as a “consummate professional and brilliant businesswoman.”

“Having worked with her the past 16 years on different business ventures, she has proven herself more than capable to handle this role,” Johnson said in a news release announcing her promotion. “I trust her to continue growing this company to new heights and establishing new partnerships in the coming years.”

Francis arrived at Magic Johnson Enterprises with an enviable pedigree of high-level leadership positions and business experiences at other well-known companies.

She was the vice president of marketing and events for NFL Players Inc., where she led the group’s brand and event marketing initiatives, including player promotions, special events, and public relations. Before joining NFL Players, Inc., Francis served as chief marketing officer for the Orange Bowl Committee. During her tenure, the Orange Bowl brand experienced record growth and visibility while the affiliated events attracted tens of thousands of visitors to South Florida.

Francis has also held strategic marketing roles with Fortune 500 companies such as Walt Disney World, Nissan Motor Corporation and IBM. She is nonchalant as she recalled the first time she first encountered the NBA Hall of Famer while she was working for Lincoln Mercury.

She was spearheading a national advertising and promotional campaign for the car company that included a pitch to Johnson to secure his endorsement of the brand.

Yes, she was nervous, Francis recalled, but not about meeting Johnson.

“Unless it was Prince, I might have acted up,” Francis said laughing. “Other than being nervous because you want to do a good job, it wasn’t like that. I was more in work-mode. I was focused. I was like, ‘We’re going to get this. Everything’s going to run smoothly, and I can go home feeling like I did what I needed to do.’”

Francis was struck by Johnson’s height and the two executives accompanying him; both were African American women.

“He’s really tall. I’m like 5-foot-2 and he’s 6-foot-9, so he’s looking down at me like ‘Hi, young lady,” that sort of thing,” Francis said. “He was supporting these women of color in these roles, and that was comforting.”

That meeting, from which Johnson agreed to be a part of the campaign, established the nearly two decades-long professional relationship between Francis and Johnson.

Johnson would call periodically over the years to offer her positions at his company but the timing was never right, Francis said.

“But he always kept in touch. So the third or fourth time he called me and asked ‘Are you ready to come back to LA?’ I said, ‘You know what, I think I am.’ That’s how I ended up back here. It was just a natural progression of a relationship of respect for each other, for our work styles, our work ethic.”

Their work ethic is intense, Francis said. She is an early riser, but even before she gets into the office around 8 a.m. (after working out and walking her dog), she’s likely to have already fielded several calls from Johnson, who typically hits the gym around 5:30 a.m.

“I’m not sure if there’s a typical week, which is why I like it,” Francis said. “I could be working with one of our current businesses to vetting new projects. We also handle all the media. We have media that call every day to speak with Mr. Johnson, and so we have a communications person who oversees all of that.”

While working with Johnson has its benefits, such as attending star-studded events, Francis says she most enjoys the interaction of community outreach activities.

In March, Johnson spent the morning at Crenshaw High School in Los Angeles, where the Lakers Foundation has established a STEM lab for the students. Johnson was president of basketball operations for the Lakers for two years; he stepped down in April.

Johnson walked the halls to a fanfare of waves and boisterous greetings from teachers and students, Francis said. He visited a computer coding class where students shared the gaming programs they were working on, many of which included him, she said.

“It’s one of those experiences you just never get tired of,” Francis said. “People get so excited to see him and they jump on him, they give kisses … And he loves it, he just giggles.”

“He has truly transitioned … He is a businessman through and through; he is the epitome of being really disciplined and focused, and loving the art of doing business.”

As she settles into her new role of managing an internationally recognized brand, Francis said she attributes her professional success in part to having mentors and advocates who saw her potential and pushed her in the right direction.

“They saw something in me, but I was also showing that positive, that hard work,” Francis said. “They really opened up doors for me that I would not have been able to do on my own.”

Her advice to students is to work hard always because there are many people just as smart as you are, and to be cognizant of how you treat people. Don’t burn bridges, she said.

“You don’t know where people are going to go in their lives,” Francis said. “Be professional. You’re in a work setting. Build that network across the ages because you never know when you’ll run across someone again.”