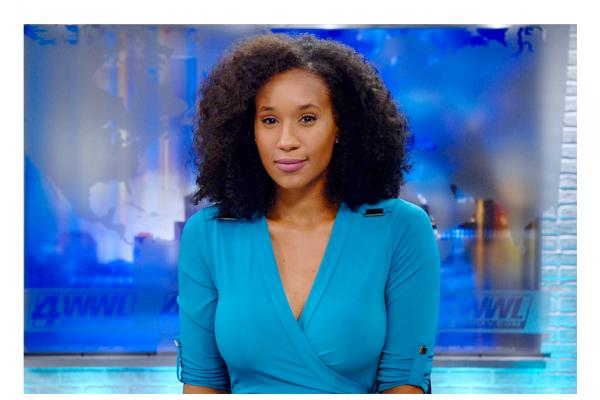 Sheba Turk, who earned a bachelor’s degree from the University of New Orleans in 2011, is a co-anchor of WWL-TV’s Eyewitness Morning News.

Television news anchor and author Sheba Turk will serve as the principal speaker at the University of New Orleans spring commencement on May 17, 2019. The University will also award an honorary degree to automobile dealership executive and civic leader Ray Brandt. The ceremony will take place at 3 p.m. at the UNO Lakefront Arena.

“We are thrilled to welcome Sheba back to campus,” said President John Nicklow. “As someone who was in the same position as our graduates not long ago, and who has also excelled rapidly in her career, she will have a unique ability to connect with our students. We are looking forward to her wisdom and perspective.”

Turk, who earned a bachelor’s degree in English from the University of New Orleans in 2011, is a co-anchor of WWL-TV’s Eyewitness Morning News. She is a native of the 7th Ward and a graduate of St. Mary’s Dominican High School. Shortly after completing her degree at UNO, she was hired as an associate producer at WWL-TV, where she has been employed ever since. Turk worked her way up to traffic reporter, and then morning show reporter, before becoming host of the entertainment show “The 504.” The show concluded its 5-year run last year so that she could take on a new role as a morning show anchor.

Turk is the author of the book “Off Air: My Journey to the Anchor Desk.” The inspirational story lets readers in on how she worked her way from behind-the-scenes to the anchor desk in the span of about two years, pushing through financial challenges and self-doubt.

Turk is a former scholar with Soledad O’Brien’s PowHerful Foundation, and she serves as a mentor in the organization. She is passionate about helping other people, especially young women, reach their potential.

The University will award an honorary doctorate of humane letters to Ray Brandt, president and CEO of the Ray Brandt Automotive Group. Brandt’s portfolio of dealerships represents more than a dozen different automobile manufacturers.

The Ray and Jessica Brandt Family Foundation contributes to educational initiatives and supports organizations including the American Heart Association, the Susan G. Komen Race for the Cure, and Boys Hope Girls Hope of Greater New Orleans. Brandt has served on the boards of the University of New Orleans Foundation, the Louisiana Board of Regents, Southern University at New Orleans and the Pro Bono Publico Foundation.