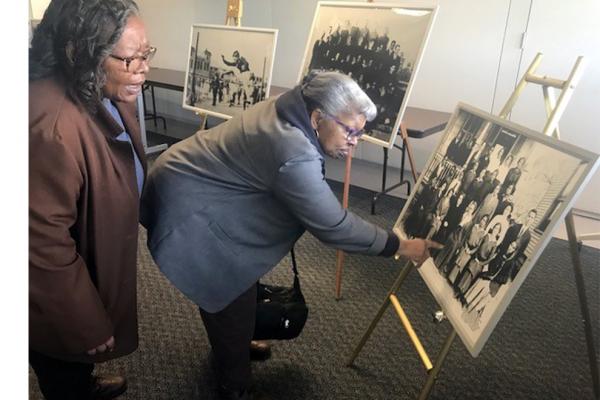 Jenny Branch, left, and her sister Edna Branch, look at pictures included in the Orleans Parish School Board Collection housed at the University of New Orleans’ Earl K. Long Library.

Search through the history of the New Orleans public school system, and you will find that once upon a time, students rode to school in what amounted to a double-decker open wagon, sans seat belts. Also a school board policy in 1922 “forever banned” the teaching of jazz music.

You would discover educators like Fannie C. Williams and John Shaw, the city’s first school superintendent, left indelible marks by providing curriculum and social guidance, long before schools were named in their honor.

The New Orleans public school system turned 178 years old on Tuesday, March 26, and much of its history, including policy nuggets, gaffes such as the ban on jazz, and the contributions of educators such as Williams and Shaw, has been preserved thanks to a special collection housed at the University of New Orleans’ Earl K. Long Library.

“This has shaped our city in so many different ways,” said Al Kennedy, a historian of the city’s public schools, who helped to establish the Orleans Parish School Board Collection.

The ever-growing collection has been housed in the library since 1983 and has more than 170 years of school board records, rules and regulations, legal files for landmark education cases, an oral history collection, school newsletters, yearbooks and 4,000 photographs, some dating to the 19th century. 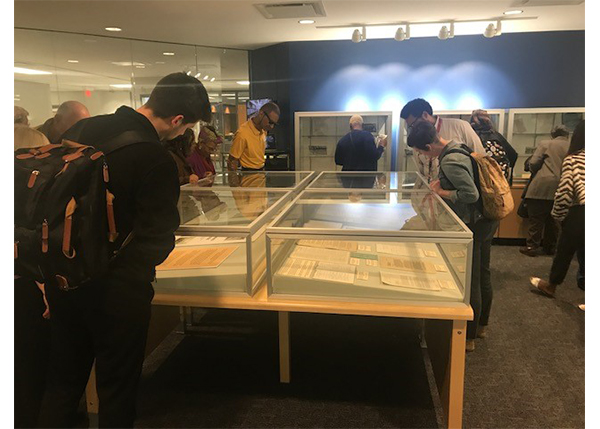 “We believe it may be the largest school board collection in the United States," said Connie Zeanah Atkinson, professor of history and co-director of the Midlo Center for New Orleans Studies. “It goes back to 1841. Five football fields of history,” or about 1,600 linear feet.

A reception sponsored by the Midlo Center of New Orleans Studies, the Friends of the Earl K. Long Library, and the University of Louisiana Press marked the birthday of the city’s public school, and was held at the library on Tuesday.

Atkinson said the reception not only marked the birthday, but also was a way to remind educators about the various teaching resources and projects that are housed at the Midlo Center that are adaptable to classroom use.

Projects that include: New Orleans Historical, an online platform of tours of the city’s lesser known historical sites; “TriPod, New Orleans at 300,” a public radio and podcast history of the city; Your Story Our Story, an online exhibit of migration and immigration; and Freedom on the Move, an online database that is devoted to creating a searchable database about fugitives from slavery in North American and more.

Those attending also were given copies of the book, “Crescent City Schools: Public Education in New Orleans 1841-1991,” that was originally published in 1991 by Donald E. DeVore and Joseph Logsdon. It offers a historical look at the public school system from its inception.

Atkinson said they hope the book “will inspire and inform our city’s new generation of teachers of the long, proud, complex, and confounding history of the schools that they now serve.” 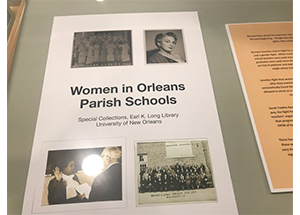 Kennedy gave a slideshow presentation of what he described as an “appetizer tray” of the information contained in the collection that has been widely used by graduate students, writers and journalists.

“All sorts of people are going through our collection, and we’re finding ourselves in more books and dissertations, theses and others,” Kennedy said.

The reception included tours of the special collection.

“I really enjoyed it. I thought it was great,” said Jenny Branch, who attended with her sister and fellow educator Edna Branch. “I learned some things I didn’t know about, the pay for women was unbelievable!”

Part of the collection that Branch viewed revealed that women were paid much less than men.

Branch said she also saw pictures of her elementary schools and a summer program she attended when she was a child.

“It was nice to see some of those things and the names of schools that don’t exist anymore; that’s the hard part. But, it was good.”