SCHOOL OF THE ARTS 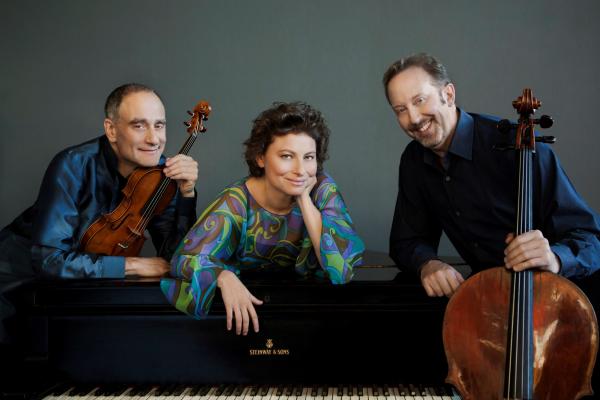 The University of New Orleans' Musical Excursions Series is proud to present the Weiss Kaplan Stumpf Trio, performing at the UNO Recital Hall on Wednesday, Feb. 20.

Combining the talents of three award-winning soloists, the Weiss Kaplan Stumpf Trio brings to each performance its distinctive fusion of authority and experience, energy and passion. The musicians comprise an ensemble that embraces the music of the future while offering fresh insights into three centuries of masterworks.

Founded in 2001, the trio has performed all over the world, including performances at The Kennedy Center, Baltimore’s Shriver Hall, Princeton, Indiana and Oxford Universities, Tel-Aviv Museum, and for the Chamber Music Societies of Edinburgh, Santander, Phoenix, Cincinnati, Salt Lake City and Tucson.

The Trio is well known to American radio audiences through nationwide broadcasts on shows such as NPR’s Performance Today and WNYC’s SoundCheck. An appearance on St. Paul Sunday has been broadcast nationally several times, and was selected for St. Paul Sunday's “Best of the Year” CD.

Musical Excursions is presented by the University of New Orleans School of the Arts in association with 89.9 WWNO and is sponsored by UNO Student Government, the Harper Family Foundation, the Mitchiner-Gittinger Family Foundation, Capital One and Maison Dupuy French Quarter Hotel. This performance is also sponsored by Classical 104.9 FM, the Louisiana Division of the Arts, the Arts Council New Orleans and the City of New Orleans.