FREEDOM ON THE MOVE

Freedom On The Move Launches Database Of Fugitives From American Slavery 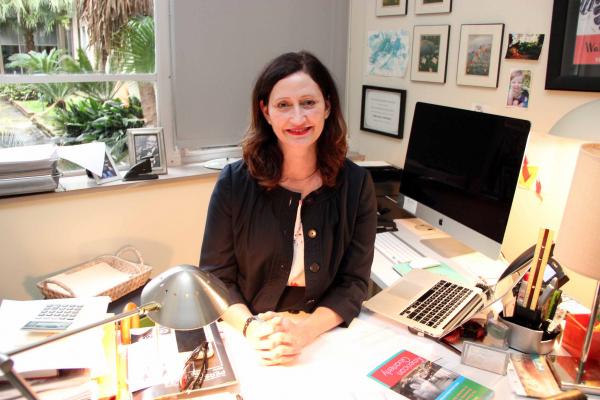 University of New Orleans history professor Mary Niall Mitchell is a lead historian for an online project called Freedom on the Move that is devoted to creating a searchable database about fugitives from slavery in North American.

Project coordinators are enlisting the public to help create the database for tens of thousands of advertisements placed throughout the years by enslavers who wanted to recapture Africans and African Americans who fled the forced bondage of slavery.

“In the broadest sense, this project is retrieving detailed stories about tens of thousands of enslaved people who liberated themselves before the Civil War,” Mitchell said. “These advertisements—placed by both enslavers and jailers – have been scattered in local newspapers and hard to study as a group until now.”

By digitizing and crowdsourcing these ads, researchers can begin to ask larger questions about those enslaved people, such things as mobility, resistance, family relationships, linguistic ability, skills, gender and racial classifications, Mitchell said.

“It is exciting to think that we cannot even predict all of the different uses people will find for these ads,” she said. “But just as important, we are able to retrieve detailed accounts of individual men, women, and children who endured slavery, and in some cases escaped it.”

The project originated at Cornell University several years ago and since then a core group of historians, programmers, and librarians has been working on developing the crowd sourcing site and gathering ads from newspapers and smaller existing collections of ads, Mitchell said.

Within the past three years, the project has secured major funding from the National Endowment for the Humanities and the National Archives, which has made the very expensive process of building an interactive site from the ground up possible, she said.

The site launched on Feb. 14 with around 12,000 ads already uploaded, Mitchell said. University of New Orleans’ students have steadily been collecting ads from New Orleans newspapers and so far have contributed some 8,000 that will be uploaded, she said.

There should be at least 50,000 ads on the site within the next year or so with an expanded geographical area, Mitchell said.

The ads were placed in newspapers both by enslavers trying to locate fugitives and jailers wanting to return captured fugitives to the enslavers who claimed them as “property.”

The ads offered monetary rewards and included a wealth of personal details about the fugitives’ appearance, mannerisms, clothing, speech, family members, places of origin and destinations.

The insights the ads provide into the experiences of enslaved Africans and African American people are especially valuable because so little information about them as individuals has been preserved, project coordinators say.

“It is hard to know how many of them succeeded, but because they ran we have these advertisements that describe them and tell something of their personal stories—what their personalities were like, what skills they had, their physical features, health or disabilities, recent histories of sale, family ties,” Mitchell said. “They are truly remarkable documents.  And there are thousands of them.”

The free, open-source site has been designed to be accessible to the public. Users can quickly set up an account and begin working with digitized versions of the advertisements, whether for research, for a class, or personal interest.

Users transcribe the text of an advertisement and then answer questions about the ad and the person it describes.  They can choose to transcribe ads from a particular state or specific time period, depending on their areas of interest.

The output of this crowd-sourced project will be an ever-growing database of thousands of individuals, and the places and people associated with them, according to project coordinators. This in turn will be an invaluable research aid, pedagogical tool, and resource for genealogists, they say.

“Our immediate goal is to collect all fugitive slave ads placed in North American newspapers from the colonial era through the Civil War and emancipation.  We estimate that there are well over 100,000 such ads, quite possibly many more,” Mitchell said.  “With the help of crowd sourcers, these will be transcribed and mined for details about those who ran and the people and places associated with them.

“This information will create the metadata for the database, which will be free and open source.  We are also developing a portal for educators to make it easier for them to use FOTM in the classroom and a kiosk that can be placed in both large and small museums.”

The hope long-term is that this material will expand what is known about slavery and enslaved people in North America, Mitchell said.

“Eventually we would like to pursue collaborations with scholars in the Caribbean and Latin America as well,” she said.