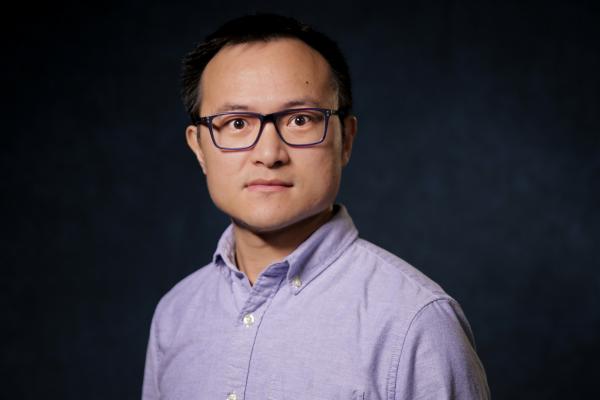 Guang Tian is a researcher in the Department of Planning and Urban Studies and works with the UNO Transportation Institute.

In recent decades, urban planners have used projections from transportation professionals to estimate where and how much people are expected to use their cars in the near future. Now, a University of New Orleans faculty member is questioning whether these long-used figures rely too much on suburban data and miss the mark on accurately projecting needs for higher density urban areas.

Guang Tian is a researcher in the University's Department of Planning and Urban Studies and works with the UNO Transportation Institute. He is the lead author of a study that examined household travel survey data from 30 diverse regions of the U.S. and determined that the document known as the “bible” of transportation planning  -- produced by the Institute of Transportation Engineers (ITE) -- might be over-estimating anticipated vehicle use.  As real estate developers examine opportunities, they may be discouraged from investing in a community if the expected traffic and parking availability is unattractive to potential future inhabitants.

The difference between using the ITE methodology, which bases calculations largely on suburban data, and using Tian’s methodology, which takes the built environment into account, might determine whether a developer deems an urban property viable for profitable investment.

The Institute of Transportation Engineers (ITE), founded in 1930, is an international membership association of transportation professionals interested in promoting smart growth and more livable communities as an antidote for “urban sprawl.”

In urban planning jargon, “sprawl” refers to the phenomenon of real estate development common since WWII in which housing and retail expand outside of city centers and ultimately create automobile-dependent communities where mass transit may not be viable. The growth of such communities contribute to energy consumption, air pollution and traffic congestion.

To guard against the detrimental effects of sprawl, ITE has for decades published a regularly updated “Trip Generation Manual” and a “Parking Generation Manual” that are both widely used to inform transportation and urban planning projects. These reports use data from household travel surveys to create projections, respectively, for how many trips per person per day would be expected in an anticipated development and how many parking spaces would be required.

In Tian’s study, he notes that the ITE “Trip Generation Manual” states that its “[d]ata were primarily collected at suburban locations having little or no transit service, nearby pedestrian amenities, or travel demand management.”

Given that these factors significantly affect patterns of vehicle use in urban areas, Tian’s study sought to provide a more accurate picture.

“Compact developments that concentrate residents, workers and retail shops in close proximity to one another can ‘degenerate’ vehicle trips,” Tian explained. “Households that live in dense, mixed-use and transit-served areas tend to own fewer automobiles, a phenomenon called ‘car shedding.’ At the same time, they make more walking, bike and transit trips.”

“Our work captures the phenomena of ‘trip degeneration’ and ‘car shedding’ as development patterns become more compact, which in turn exposes the potential for significant savings while developing urban projects,” Tian said.