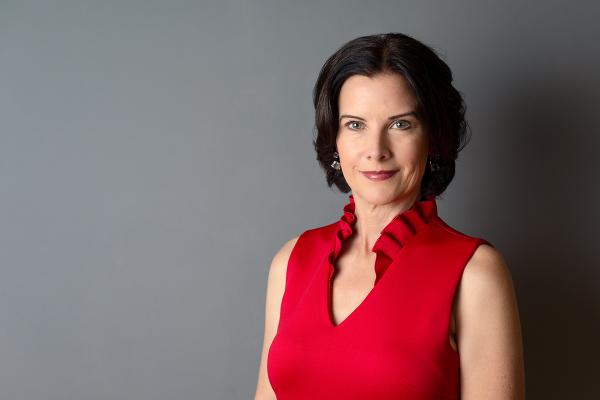 The Dick Cheney-inspired biopic “Vice” was nominated for several Golden Globes. If that’s not incentive enough to persuade you to see the movie, there is a local reason: University of New Orleans alum Camille James Harman plays the role of Republican political strategist Mary Matalin.

“'Vice' is winning lots of awards and being nominated for more each week, so I’m going to parties and other events to build my network,” Harman said. “I am sure that being in this award-winning film will get me more audition opportunities.”

Harman, who grew up in Lafayette and graduated with a master’s degree in drama and communications from the University of New Orleans, answered a call for a Matalin “look-alike” and headed for the audition after doing a bit of research on her.

“I had researched Mary Matalin’s look online, dressed the part and got my hair cut,” said Harman, who found out the next day she’d gotten the part. “I was thrilled! I didn’t have an agent at the time, so I was proud of myself for scoring such a win on my own. I loved Adam McKay’s film “The Big Short,” also starring Christian Bale and Steve Carell. I knew ‘Vice’ would be amazing.”

In the photograph from the movie "Vice" from left to right is Camille James Harman as Mary Matalin, Don McManus as David Addington, Eddie Marsan as Paul Wolfowitz, and Steve Carell as Donald Rumsfeld.Photo courtesy of Annapurna Pictures, LLC.

Bale won a Golden Globe award for best actor, comedy or musical category of the awards show that aired Sunday.

Harman said she was bitten by the acting bug while working behind the scenes as a college student at the University of Louisiana at Lafayette. After graduation, she moved to Richmond, Va., and continued performing in community productions.

“I love storytelling. I love using my imagination in conjunction with the team of professionals who contribute to the whole illusion,” Harman said regarding her attraction to acting. “I really love acting in period pieces. Acting makes me feel present and creative. It expands who I am, and makes me feel alive.”

In 1991, Harman returned to Louisiana to pursue a theatre degree at UNO.

“I sent UNO an audition videotape with my application, and they offered me a student teaching assistantship,” she said. “UNO also encouraged us to have an agent and audition for film and TV roles while in school. They didn’t mind if we missed a class or two class for a good role.”

When she graduated, Harman said she had film and TV credits “and my SAG card to go with my MFA.”

In 1995, she moved to Los Angeles where she currently lives with her husband and son, who is an actor.

Harman said the internet has “revolutionized auditioning,” and she encourages aspiring performers to use social media to network and submit auditions. Harman said she was recently offered a role from a director she’d met on Facebook.

“You can audition for things all over the country using self-tapes uploaded through the casting websites,” she said. “Take classes, network, and find a great flexible job to support yourself between acting jobs. Act for free for a while, and get yourself a good reel of several clips. Put it up on your acting profiles like Actors Access and on social media.”

It’s OK, Harman said, if you need to take a break from acting.

“I took a long break when we moved to Arizona for a while to raise our son Aidan,” she said. “I came back to it when he was about eight. We moved back to Los Angeles in 2015, and now he’s a teen SAG/AFTRA actor in Los Angeles.”

Harman said she’s ready to ride the wave of publicity “Vice” is garnering.

“I plan to be very busy this year acting. Perhaps I’ll book a job in New Orleans,” she said. “I’m available as a local hire. I can stay with friends. My passport is ready if I need to work out of the country. I’m ready for adventure.”