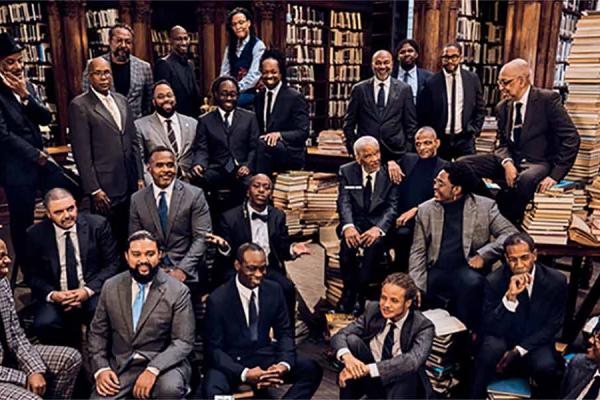 “All of our program's faculty, students, and alums were thrilled to see Jericho Brown and Maurice Ruffin included in The New York Times feature. We've known what great writers they were for a long time, so it's nice to see them get this national recognition,” said M.O. Walsh, director of the Creative Writing Workshop. “We feel lucky to have taught and learned along with them.”

The article, which was published Nov. 30, described how the selected group of American writers “and their peers are producing literature that is essential to how we understand our country and its place in the world right now.”

Ruffin, who also earned a bachelor’s degree from the University and is a practicing attorney in New Orleans, described his inclusion as a “waking dream.”

“It was a fantastic opportunity to be involved in the shoot,” he said.

Ruffin’s work has appeared in the Virginia Quarterly Review, The Massachusetts Review, and “Unfathomable City: A New Orleans Atlas,” among others. His debut novel “We Cast A Shadow” is set for release Jan. 29, 2019 by Random House’s One World Imprint. Cosmopolitan Magazine already has tagged it a must-read for book clubs.

Brown, who is an associate professor and the director of the Creative Writing Program at Emory University in Atlanta, Ga., has authored three books. His most recent, “The Tradition,” will be published in April by Copper Canyon Press.

Walsh says students in the Creative Writing Workshop bring their “talent and vision” and he hopes the program provides the community and mentoring that helps them reach their goals.

“Our alums have published well over 100 books and won a ton of top notch prizes over the last 27 years, so we have a feeling that something is working and we are grateful for it,” he said. “Everyone knows that New Orleans is an incredible city for artists. Hopefully, they are beginning to realize that UNO's campus on the lakefront is also a hotbed for amazing writers. And, we're just getting started!”