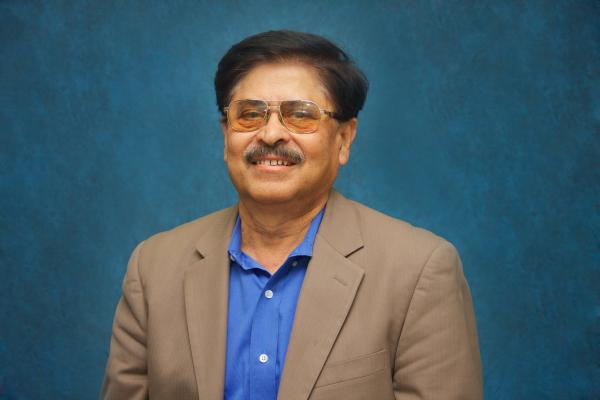 Tarun Mukherjee, whose primary expertise is in corporate finance, has established the Kali Charan Mukherjee Endowed Scholarship in Finance for University of New Orleans students.

Tarun Mukherjee, who has spent nearly four decades as a faculty member at the University of New Orleans, has established a scholarship in honor of his parents. The Kali Charan Mukherjee Endowed Scholarship in Finance is a renewable $1,000 a year scholarship for students majoring in finance.

Mukherjee was one of 10 children born into a middle class family in India. He said his parents, who are deceased, sacrificed a great deal to see that he and his siblings received the best education that the family could afford.

“They inculcated in all of their children that education was the most valuable asset of all,” Mukherjee said. “The award is a very small way to pay tribute to all the sacrifices they made so that their children are where they are in their lives.”

Mukherjee, whose primary expertise is in corporate finance, said the scholarship is designed as a recruiting tool for the University, specifically the Department of Economics and Finance in the College of Business Administration to attract high-achieving students.

“This particular award is a small but viable way to accomplish this objective,” he said. “Albeit, the process is going to be slow, but it will go a long way if we are able to create, say 100 such awards, all over the campus.”

Mukherjee has been at the University since 1981, and described his landing in the finance field as “simply accidental.” He majored in history in India and planned to earn a Ph.D in the subject. However, the university where his oldest brother was teaching didn’t offer a doctorate. He ended up in an MBA program and received a Ph.D in finance from Texas Tech, he said.

“I now realize that finance was always my destiny because I am getting paid for something that I totally enjoy,” Mukherjee said. “Besides, finance is the ultimate bottom line of almost all decisions we make as an individual, business or government.”

To be eligible for the scholarship students must be a first-semester freshman who has enrolled full-time at the University and have:

The scholarship award of $500 will be given at the start of the fall and spring semesters and is renewable for eight undergraduate semesters, excluding summer sessions. Students must maintain at least a 3.0 GPA and remain a finance major.
The College of Business Administration scholarship selection committee will choose the recipient.