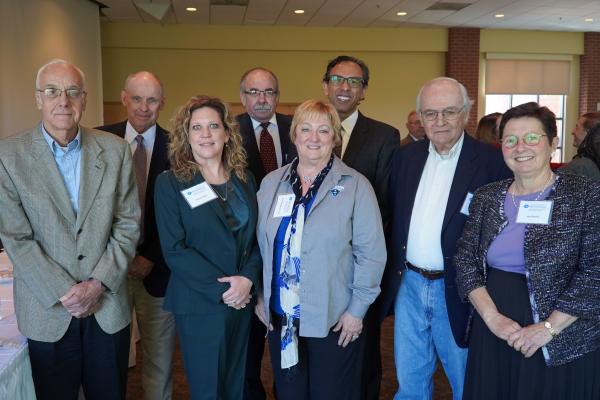 Planning & Urban Studies celebrated its 50th anniversary on Friday with a luncheon and a faculty founders roundtable.

The University of New Orleans Department of Planning and Urban Studies has left its mark on the city of New Orleans and the surrounding metro area over the course of five decades. Since its founding in 1968, the department has been involved in the research and creation of land use studies to guide municipal officials, provided expertise in planning commercial corridors and helped to build and rebuild neighborhoods through the volunteer work of its students and faculty.

This year marks the 50th anniversary of the University’s Department of Planning and Urban Studies, or PLUS, and UNO officials marked the occasion with a luncheon and panel discussion on Friday.

“At UNO one of our jewels is PLUS, both in terms of the kind of research they do on this campus, the faculty we have and the students we produce that go out in the world and do greater things for society,” said Mahyar Amouzegar, provost and senior vice president of academic affairs, during the luncheon that celebrated the milestone. “It is very unique and special.”

New Orleans City Councilwoman for District C, Kristin Gisleson Palmer, presented a proclamation in recognition of the accomplishments she said the department has achieved because of its focus on community service and partnerships with neighborhood groups.

She also credited the department with helping shape legislation that has made New Orleans a more pedestrian and cyclist-friendly city.

“I hope in the next 50 years this program becomes a true hallmark because we’re learning lessons here that we need to share with the rest of the country and the world in terms of what we’re doing,” Palmer said.

Laura Bryan, transportation director for New Orleans Mayor LaToya Cantrell and an alumna, presented a certificate of excellence on behalf of Cantrell.

“This program was really important to me,” said Bryan, who earned a master’s in urban and regional planning.  “It provides such an important service to this city. The students are really engaged, you get to learn a lot about what’s happening in your community.”

“What I’m most proud of over the years are all of the studies that we did, predominately neighborhoods, many of them in New Orleans, but also in Jefferson Parish as well,” Brooks said. “This tradition has continued among the faculty that have come after and working in the neighborhoods. I think that is a very important thing that we have done.

The students get great experience in working with real clients, neighborhood clients, parish government or city government and also we do some really great work that is helpful in moving the communities forward.”